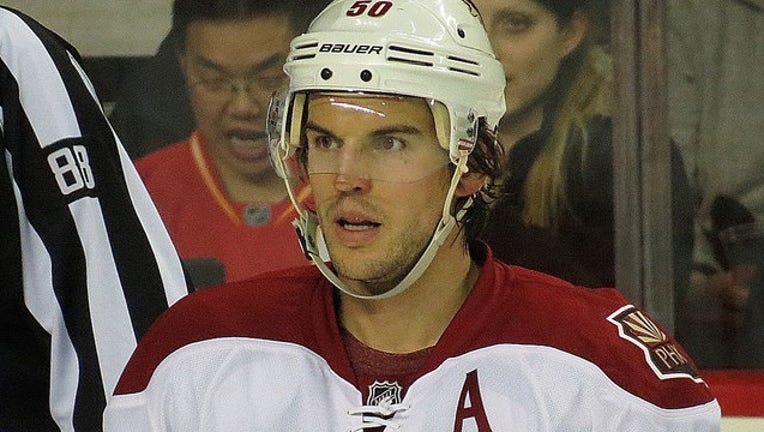 The Chicago Blackhawks acquired center Antoine Vermette from the Arizona Coyotes on Saturday night for a first-round pick this year and defensive prospect Klas Dahlbeck.

The Coyotes have lost nine straight, falling 4-1 in Boston on Saturday night.

The 23-year-old Dahlbeck has a goal in four games for Chicago this season. The Swede has four goals and six assists in 49 games for Rockford in the American Hockey League.

Chicago acquired defenseman Kimmo Timonen from Philadelphia on Friday for a second-round draft pick this year and a conditional 2016 fourth-rounder.