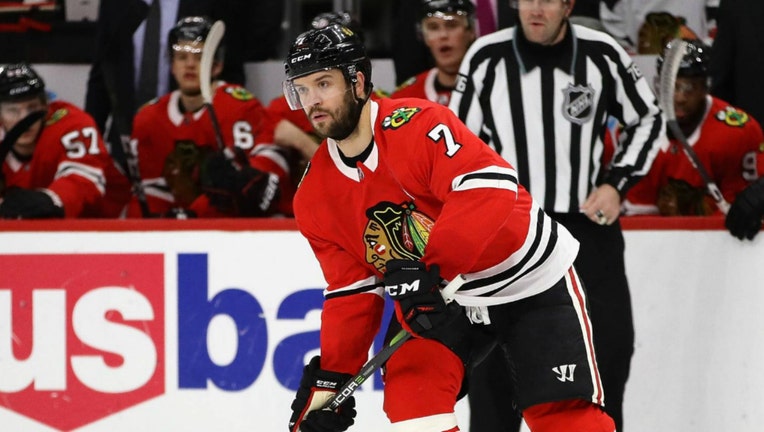 CHICAGO, IL - FEBRUARY 08: Brent Seabrook #7 of the Chicago Blackhawks looks to pass against the Dallas Stars at the United Center on February 8 2018 in Chicago, Illinois. The Stars defeated the Blackhawks 4-2. (Photo by Jonathan Daniel/Getty Images)

CHICAGO - Blackhawks defenseman Brent Seabrook is expected to be ready for the start of next season after he had right hip surgery on Thursday.

Seabrook, who is under contract through the 2023-24 season at an average annual value of $6,875,000, was placed on long-term injured reserve in December.