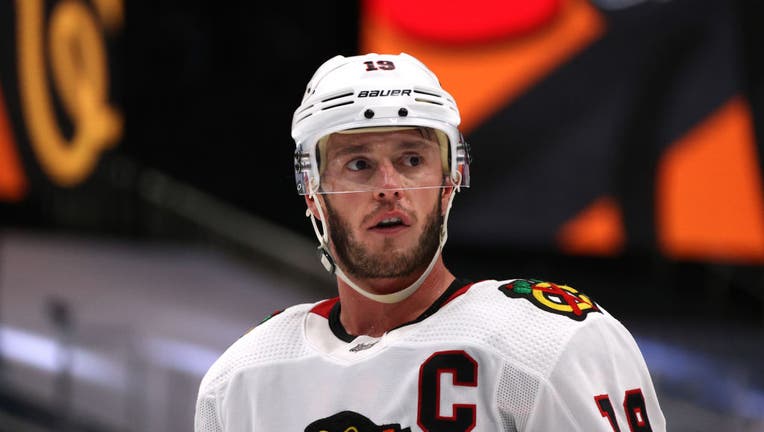 EDMONTON, ALBERTA - AUGUST 18: Jonathan Toews #19 of the Chicago Blackhawks looks on while playing against the Vegas Golden Knights during the third period of Game Five of the Western Conference First Round of the 2020 NHL Stanley Cup Playoff at Roge

Toews and Borgstrom missed practice after they joined fellow forwards Patrick Kane and Jujhar Khaira and defenseman Riley Stillman in the protocol. Assistant coaches Marc Crawford and Tomas Mitell are away from the team for the same reason.

Chicago is 0-5-1 heading into Wednesday night’s game against Toronto. Kane is tied with defenseman Seth Jones with a team-high four assists and leads the Blackhawks with five points overall.

Toews had two assists during Sunday night’s 6-3 loss to Detroit for his first points since missing all of last season with what he described as chronic immune response syndrome.