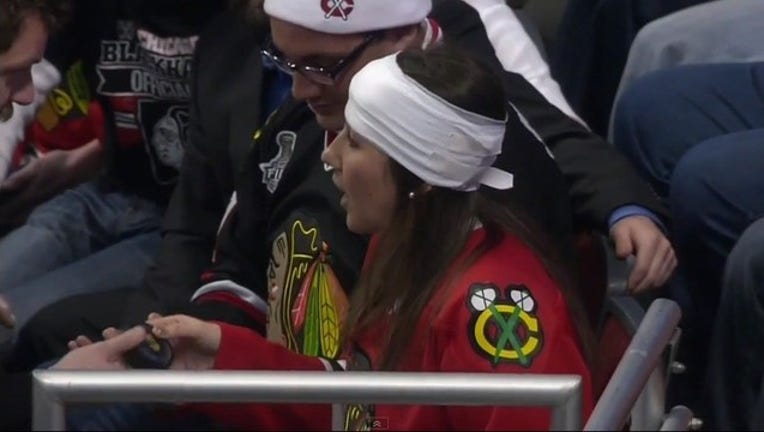 A woman hit in the head by plexiglass dislodged by a hard check into the boards in Friday's Oilers-Blackhawks game wrapped a cloth around her head as a bandage and stayed to watch the rest of what the TV announcer said was her first hockey game.

The Blackhawks did not have the woman's name or much information after the game, won 2-1 by Chicago.

Blackhawks TV play-by-play announcer Pat Foley said the woman was in her 20s and needed stitches but planned to get them after the game.

The plexiglass was knocked out during the first period when Edmonton's Benoit Pouliot checked Chicago's Niklas Hjalmarsson into the boards.

The woman, sitting in the first or second row and wearing a Blackhawks jersey, was tended to by United Center staff.