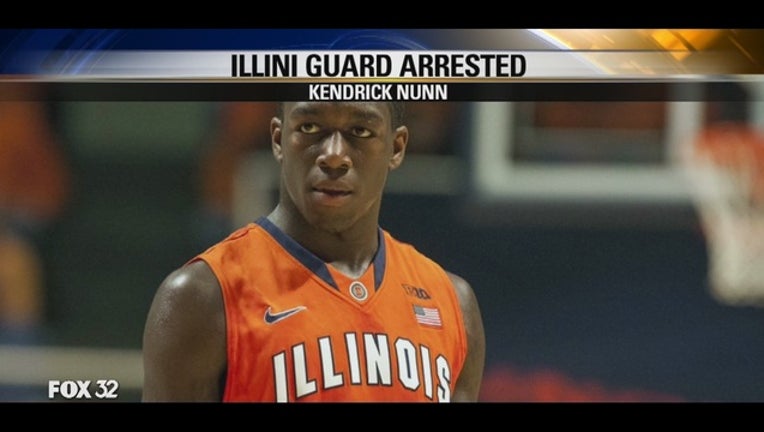 In exchange for Nunn's guilty plea, he was sentenced to 18 months of unsupervised probation and 100 hours of community service, Champaign County State's Attorney Julia Rietz said. If he completes those terms, the misdemeanor will be removed from his record.

Nunn was arrested in March and charged with two counts of domestic battery after he was accused of striking a woman. Nunn took responsibility for what happened and began working with a local youth basketball program well before his sentence, leading Rietz to believe the deal — which she said the victim supports — was appropriate.

"This is a first offense (for Nunn)," Rietz said. "The goal here is to help everyone move forward successfully."

Brown will be the team's director of player development and alumni relations. In the newly created position, he will provide what Groce called off-court guidance for players and help with on-campus recruiting and other activities.

Groce did not link Brown's hire directly to off-court problems but Nunn is one of three Illini players arrested this year, along with Leron Black and Jaylon Tate.

Tate has pleaded not guilty to misdemeanor domestic battery while Black was sentenced to a year of probation after pleading guilty last month to misdemeanor aggravated assault for threatening a bar bouncer with a knife. Tate is suspended from the team while Black was recently reinstated. Black will sit out the team's first six games next season.

Brown spent the past year working in the athletic director's office as a special assistant. He was part of the 2005 Illinois team that lost the national title game to North Carolina and spent 10 years playing professionally.

Groce praised the NCAA for giving Thorne another year of eligibility. The 6-11 center averaged 12.9 points and 8.5 rebounds in eight games last season after transferring as a graduate student from Charlotte. But he tore the meniscus in his left knee and sat out most of the season.