CHICAGO - The Chicago Bulls have finalized a sign-and-trade deal for point guard Lonzo Ball with with the New Orleans Pelicans.

Ball, a four-year veteran who turns 24 in October and entered the offseason as a restricted free agent, is coming off his most productive season. In his second year with the Pelicans, he averaged career highs in points (14.6 per game) and field-goal percentage (41.4) while averaging 5.7 assists. Drafted second overall by the Lakers out of UCLA in 2017, Ball has changed his shooting mechanics since being traded to New Orleans as part of a blockbuster deal that sent Anthony Davis to Los Angeles.

Ball hit a career-high 172 3-pointers last season while making a career-best 37.8% of his shots from deep. 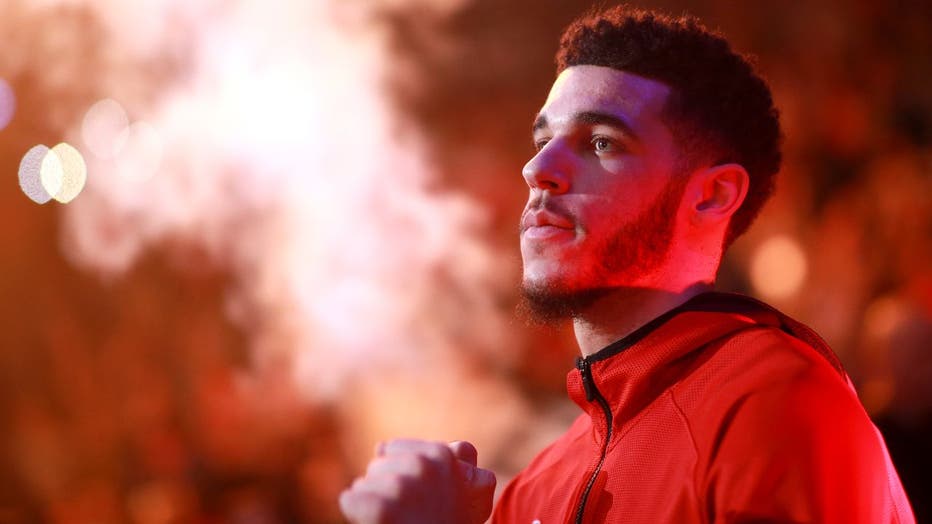 Lonzo Ball of the New Orleans Pelicans stands on the court during a NBA game against the Chicago Bulls at Smoothie King Center on January 08, 2020 in New Orleans, Louisiana. (Sean Gardner/Getty Images / Getty Images)

Now he goes from teaming with dynamic power forward Zion Williamson to joining Olympian Zach LaVine, two-time All-Star center Nikola Vucevic and high-scoring small forward DeMar DeRozan on a team hoping to transform into Eastern Conference contenders. The Bulls have not announced the signing of DeRozan, a four-time All-Star who agreed last week to a three-year, $85 million contract as part of a sign-and-trade with San Antonio, a person familiar with the deal told The Associated Press.

The Bulls finished 11th in the East at 31-41, two games behind Charlotte for the final play-in spot. While they missed the playoffs for a fourth straight year, it was their first season with Arturas Karnisovas leading the front office and Billy Donovan coaching the club.

Satoransky, from the Czech Republic, has played five NBA seasons — his first three with Washington and past two with the Bulls. He has averaged 7.4 points and 4.2 assists in 333 games.

Temple is an 11-year veteran out of LSU who also has played for Houston, Sacramento, San Antonio, Milwaukee, Charlotte, Washington, Memphis, the Los Angeles Clippers and Brooklyn. He has career averages of 6.5 points, 2.3 rebounds and 1.8 assists.