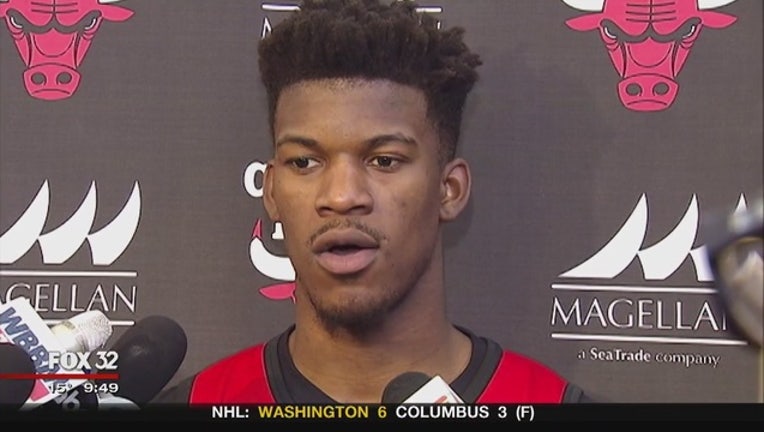 CHICAGO (AP) — The Chicago Bulls hope to have Jimmy Butler back for their next game after the swelling in the two-time All-Star guard's left knee went down.

Coach Fred Hoiberg said Tuesday he hopes he returns to the lineup Thursday at San Antonio. Butler sat out Monday's win over Milwaukee because of swelling in the same knee that had sidelined him for 11 games.

He returned to score 24 points while playing 34 minutes in Saturday's win over Houston but experienced stiffness in his back the following day. Butler then developed swelling in his knee on Monday.