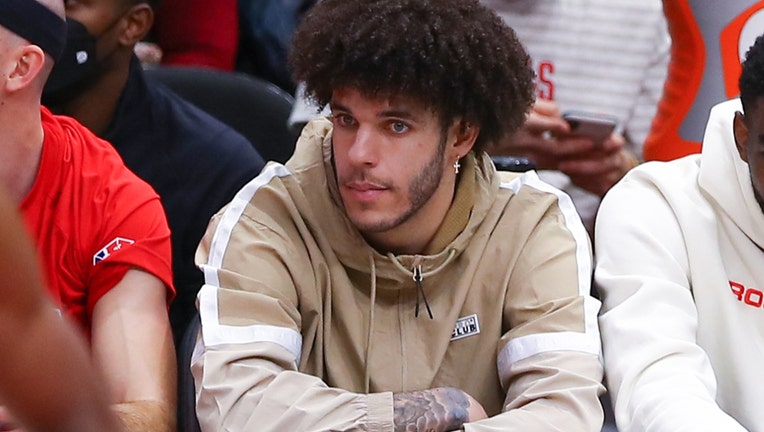 Chicago Bulls Guard Lonzo Ball sits on the bench injured during a NBA game between the Cleveland Cavaliers and the Chicago Bulls on January 19, 2022 at the United Center in Chicago, IL. (Melissa Tamez/Icon Sportswire via Getty Images)

CHICAGO - Chicago Bulls point guard Lonzo Ball will miss the remainder of the season following another setback in his recovery from surgery for a torn meniscus in his left knee, the team announced on Wednesday.

Ball’s final game was on Jan. 14, and he had surgery two weeks later.

The Bulls hoped a recent 10-day shutdown in activities after he experienced discomfort would resolve the issue and allow him to return this season. But he felt pain again when he tried to ramp them up.

Coach Billy Donovan said Tuesday it was "disappointing" and there would be a "meeting of the minds" to determine the next steps.

The Bulls acquired Ball from New Orleans in a sign-and-trade deal after agreeing to a four-year, $85 million contract. He played a major role in Chicago’s resurgence when he was healthy.

Ball averaged 13 points, 5.4 rebounds, 5.1 assists and 1.8 steals in 35 games. Besides giving the Bulls a steadying hand on offense, he helped tighten their perimeter defense.

Chicago, which led the Eastern Conference for part of the season, was in sixth place with a 45-34 record entering Wednesday’s game against the Boston Celtics. The Bulls ended a string of four straight losing seasons and made the playoffs for the first time since 2017.