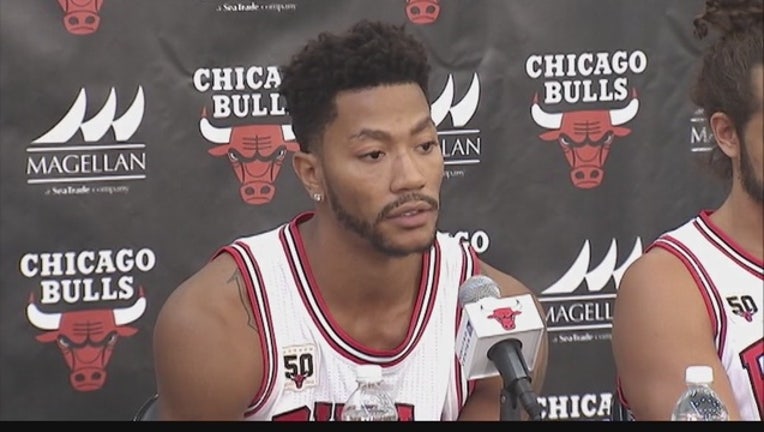 LOS ANGELES (AP) — Chicago Bulls star Derrick Rose says in a court filing that a woman accusing him of sexual battery consented to group sex and became upset because she felt she should be reimbursed for a sex toy.

The Sept. 24 filing is in response to a lawsuit filed by a woman identified as Jane Doe alleging Rose and two other men drugged and gang-raped her at her home. The case has been transferred to U.S. District Court, and a scheduling conference is set for Nov. 9.

An attorney for Rose also is accusing three of the plaintiff's lawyers of making "extortionate and unprofessional demands" for payments by the point guard to the woman. Mark D. Baute made the allegation in a declaration in support of moving the suit to federal court.

Messages were left Tuesday night seeking comment from the woman's attorneys and the Bulls.

The unidentified woman said in her lawsuit filed last month in Superior Court in Los Angeles that she dated Rose for approximately two years before their romantic relationship ended in July 2013 because "she would not have sex with his friend or other couples," according to the suit.

About a month later, she alleges she was invited to Rose's home in Beverly Hills, where the defendants placed an unknown drug in her drink. According to the suit, a friend helped her get home, but the woman says Rose and the defendants entered her residence the next morning and raped her.

She says in the lawsuit she "did not do any pregnancy tests or a rape kit because she was terribly ashamed and embarrassed. She kept thinking that this was 'not supposed to happen.'"

In Baute's filing on behalf of Rose, the 2011 NBA MVP denies the allegations and says the woman "consented to the actions she now claims were non-consensual."

Rose's filing also says the woman "became upset a few weeks or months later because she felt she should be reimbursed for one of the sex toys she purchased and used during the day and night in question." She also became upset with Rose for not being responsive enough to her text messages, according to the court document.

Rose, a Chicago native who was the first overall pick in the 2008 draft, helped the Bulls win 50 games last season and make it to the Eastern Conference semifinals. But he has been hampered by injuries in recent years, and the team announced Tuesday that he sustained a left orbital fracture on the first day of practice.

He is scheduled for surgery on Wednesday, and a timetable for his return will be determined after the operation.