It took months before an agreement was reached between the junior point guard and the Illinois High School Association (IHSA).

At 16 years old, Xamiya Walton already has offers from 21 college basketball coaches. She is a 1,000-point scorer over two seasons, and currently plays for the Butler College Prep Lady Lynx and Illinois X-Citement.

Her love for the game, however, began when she was just a little girl.

"My dad was a basketball coach before I was even born, so I was pretty much born around the game of basketball," said Xamiya Walton. 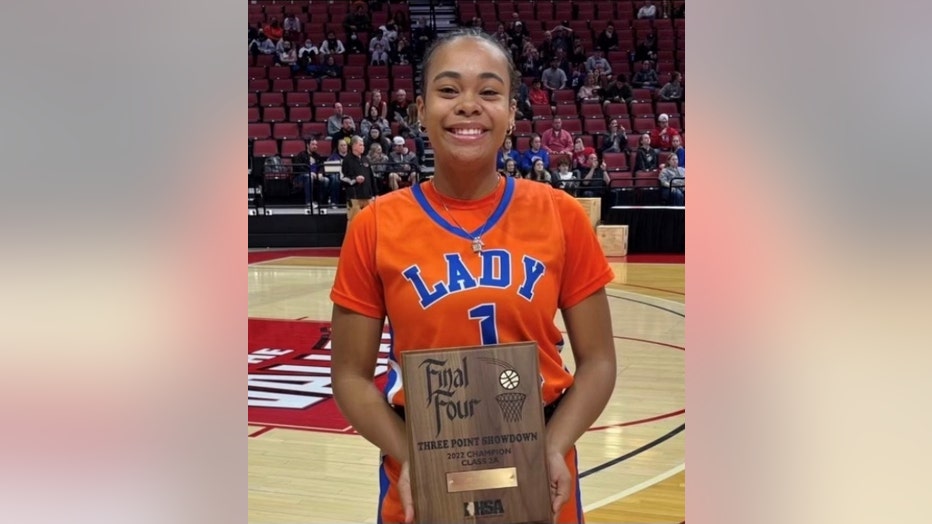 Now, Walton has another exciting accomplishment to add to her resume – and in the process, she is breaking down barriers for other high school athletes.

"We know someone always has to be first to knock on the door, it just happened to be Xamiya," said Xaver Walton, Xamiya’s dad and basketball coach.

Little did the Walton family know, Xamiya’s NIL deal was years in the making.

For her 12th birthday, Xaver Walton surprised his daughter with a Shoot-A-Way machine.

The training device allows players to run through an entire practice on their own.

She's been using it ever since she received it, tagging the company in videos she posts online. 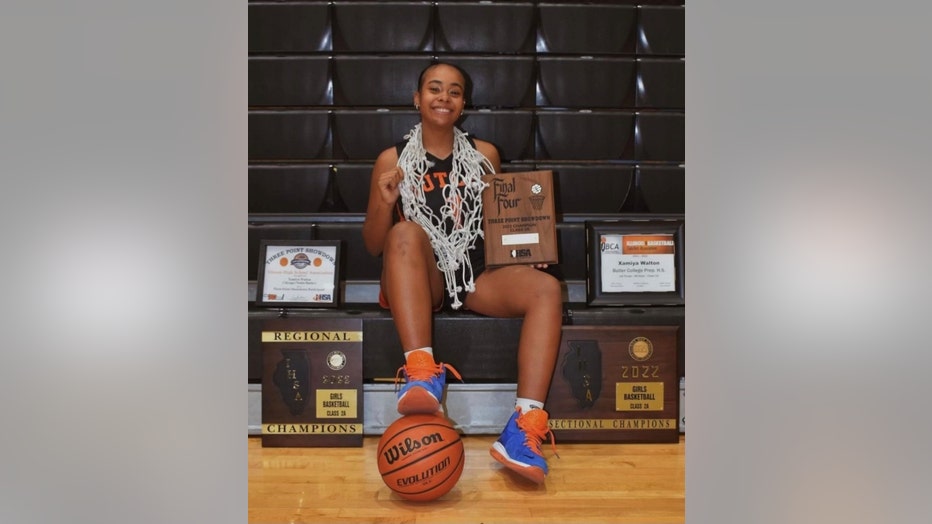 Only hoping the company would re-post her social media videos, Walton says they came to her with much more than that – a formal sponsorship offer.

As the first student athlete in the state to seek approval for a NIL deal, months of discussions with the Illinois High School Association followed to ensure that eligibility rules weren't violated due to current NIL limits.

"Since there’s so many brands and so many athletes, I think that anybody would be willing to give kids my age, younger or older, the opportunity to make a deal with the brand," said Xamiya Walton.

"I do know for other student athletes, this opportunity could provide them revenue because everybody’s financial situation is different," said Xaver Walton.

Xamiya Walton leaves us with a message for other young women determined to pursue their passion: "As long as you believe in it and have a nice circle that does, you can do anything you set your mind to," she said.

Now, the IHSA is discussing a change to its by-laws that would increase limits for NIL deals, allowing other athletes to benefit from similar opportunities.

"Maintaining the amateur aspect of high school athletics, but yet recognizing that students, much like they would go get a summer job and try to make money, that we as an association and member schools maybe shouldn’t be hindering students’ opportunities to make money," said Craig Anderson, IHSA executive director.

A potential change to IHSA’s name, image and likeness rules could be coming soon.

By-law proposals are due to the IHSA by Oct. 11. Meetings will then be held in November, with an expected vote on a change to NIL allowances to take place sometime in December.