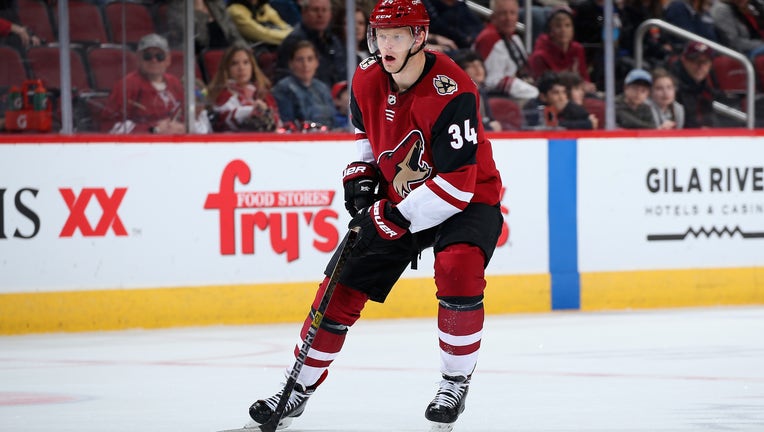 Carl Soderberg #34 of the Arizona Coyotes in action during the third period of the NHL game against the New York Islanders at Gila River Arena on February 17, 2020 in Glendale, Arizona. (Photo by Christian Petersen/Getty Images)

CHICAGO - The Chicago Blackhawks and free-agent center Carl Soderberg have agreed to a $1 million, one-year contract.

The move bolsters Chicago's forward depth after it lost Kirby Dach and Alex Nylander to injuries.

The 35-year-old Soderberg had 17 goals and 18 assists in 70 games for Arizona last season.

Soderberg also appeared in nine postseason games, collecting a goal and an assist.

Soderberg has 103 goals and 177 assists in 552 regular-season games with the Bruins, Avalanche and Coyotes.

This or that: What’s the better New Year Resolution?