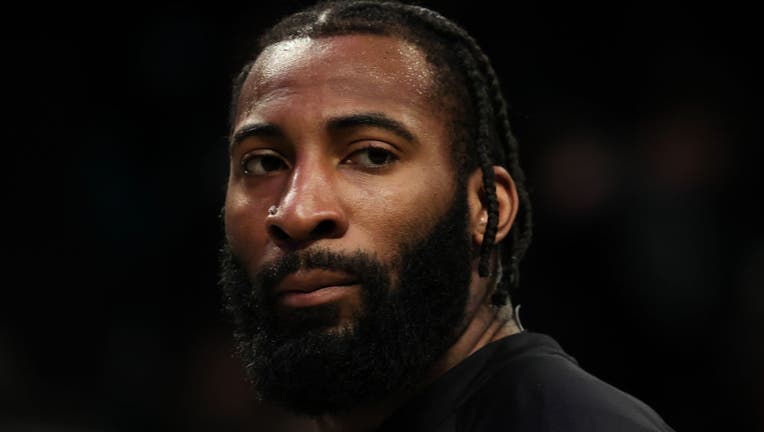 NEW YORK, NY - MARCH 27: Andre Drummond of Brooklyn Nets warms up before the NBA match between Brooklyn Nets and Charlotte Hornets at the Barclays Center in Brooklyn of New York City, United States on March 27, 2022. (Photo by Tayfun Coskun/Anadolu A

The 28-year-old Drummond has averaged 13.8 points and 13.3 rebounds over 10 seasons with Detroit, Cleveland, the Los Angeles Lakers, Philadelphia and Brooklyn. He figures to back up Nikola Vucevic.

Drummond had a strong second half for Brooklyn last season after being traded in the deal that sent James Harden to Philadelphia, averaging 11.8 points and 10.3 rebounds in 24 games for the Nets. Drummond has averaged 13.8 points and 13.3 rebounds over 10 seasons with Detroit, Cleveland, the Los Angeles Lakers, Philadelphia and Brooklyn.

Jones averaged 5.6 points and 3.3 rebounds in 51 games last season — his first in Chicago and sixth in the league.

The Bulls won 46 games and enjoyed their best record in seven years with DeMar DeRozan and Zach LaVine leading the way. They made the playoffs for the first time since 2017, losing to Milwaukee in five games.

Chicago has a five-year maximum deal worth about $215 million in place with LaVine as well as a one-year, $2.9 million agreement with veteran guard Goran Dragic, people familiar with the situations have told The Associated Press. The team had not announced those deals as of Wednesday night.