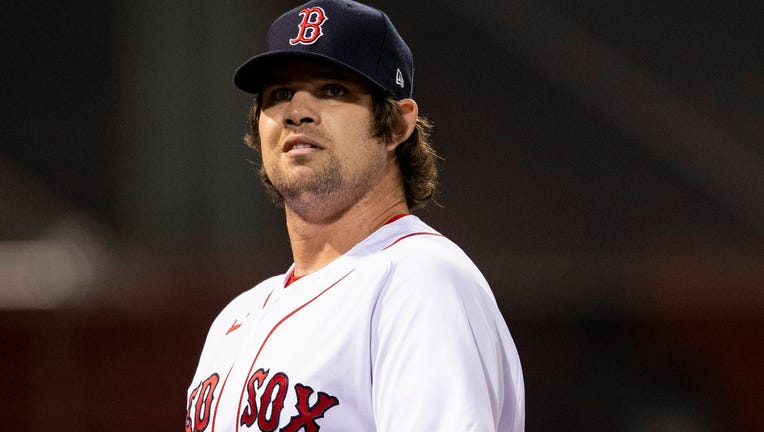 Robert Stock of the Boston Red Sox looks on during the seventh inning of a game against the Atlanta Braves on August 31, 2020 at Fenway Park in Boston, Massachusetts. (Billie Weiss/Boston Red Sox/Getty Images)

Stock appeared in 10 games with Boston during the pandemic-shortened season, going 0-1 with a 4.73 ERA. The 31-year-old right-hander was designated for assignment last week.

Stock was selected by St. Louis in the second round of the 2009 amateur draft. The converted catcher made his big league debut with San Diego in 2018 and spent his first two seasons with the Padres, going 2-1 with a 4.11 ERA in 42 appearances.

The claim on Stock gives Chicago 38 players on its 40-man roster.