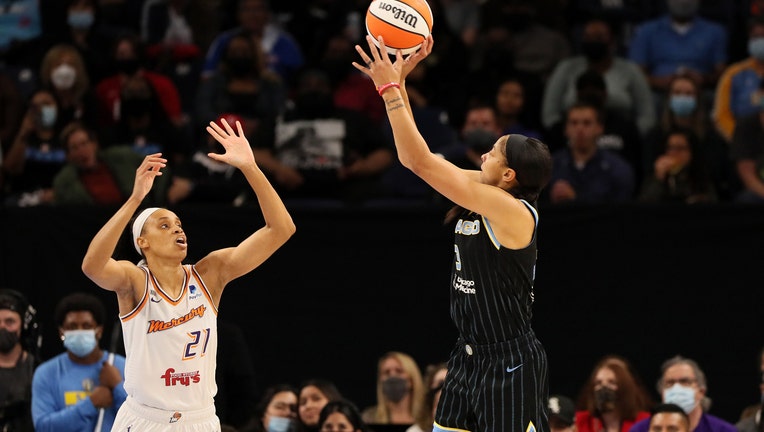 Sky's Candace Parker (3) shoots over Mercury's Brianna Turner (21) during game 3 of the WNBA finals between the Chicago Sky and the Phoenix Mercury on Friday, Oct. 15, 2021, at Wintrust Arena in Chicago. (Stacey Wescott/Chicago Tribune/Tribune News S

Chicago scored the next nine points to take a two-point lead on Stefanie Dolson's layup. She then added another basket to make it 76-72 with 45.8 seconds left.

Vandersloot then scored in the lane to seal the victory setting off the celebration. As the final buzzer sounded, Parker sprinted to the corner of the court and hugged her family with tears in her eyes.

Back of the Yards beat Prosser 16-6 at Winnemac Stadium for the championship.