The Biden administration has been trying for months to negotiate the release of WNBA star Brittney Griner and another American jailed in Russia, Michigan corporate security executive Paul Whelan, including through a possible prisoner swap with Moscow. 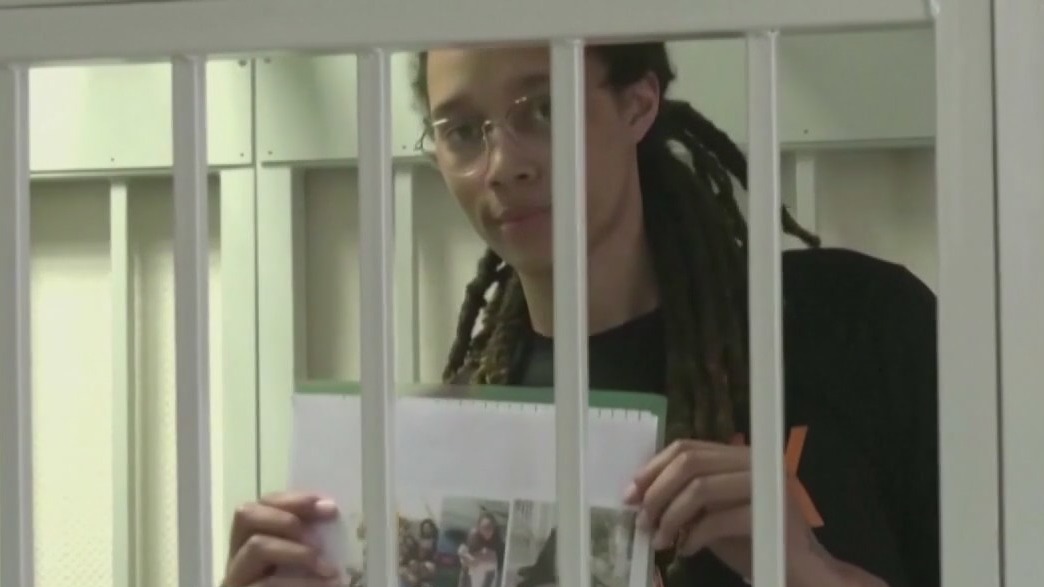 The WNBA star is being transferred to a Russian penal colony.

A penal colony is a common type of Russian prison where detainees work for minimal pay.

The Moscow region court also ruled that Brittney Griner’s sentence will be recalculated to around eight years in prison, after taking her time in pre-trial detention into account.

Brittney Griner’s appeal hearing is scheduled for Oct. 25. While it’s unlikely the appeal will overturn her conviction, her lawyers hope it could lessen the sentence.

Jonquel Jones had 15 points and 10 rebounds and the Connecticut Sun overcame an 11-point deficit in the fourth quarter, beating the Chicago Sky 72-63 Thursday night in the decisive fifth game of the semifinal series and advancing to the WNBA Finals.

DeWanna Bonner and Courtney Williams each scored 19 points to help the Connecticut Sun rout the Chicago Sky 104-80 on Tuesday night and force a decisive Game 5 in their WNBA semifinal series.

The defending champion Sky lead the best-of-five series 2-1 and can advance to the finals with a win on Tuesday night.

The Sun will host the Chicago Sky for the next two games of their WNBA playoffs semifinal series, which is tied 1-1. Game 3 is Sunday and the fourth game is Tuesday.

Candace Parker scored 22 points and the Chicago Sky evened the semifinal series with an 85-77 win over the Connecticut Sun in Game 2 of the WNBA playoffs Wednesday night.

Candace Parker had 19 points and 18 rebounds for the Sky, and Kahleah Copper scored 13 points on 5-for-10 shooting.

Candace Parker had 14 points, 13 rebounds and eight assists to lead the Chicago Sky over the New York Liberty 90-72 Tuesday night in the deciding Game 3 to advance to the WNBA semifinals.

Azura Stevens scored 17 points and Chicago wrapped up the regular season with an 82-67 victory over Phoenix on Sunday.

Breanna Stewart had 25 points and nine rebounds, Gabby Williams added 21 points and seven assists, and the Seattle Storm set a WNBA record with 37 assists in a 111-100 victory over the Chicago Sky on Tuesday night.

A judge sentenced WNBA star Brittney Griner to nine years in prison for possession of drugs.

Thomas Firestone, partner at Stroock & Stroock & Lavan, talks about Brittney Griner's prison sentence and what this means amid frayed tensions between the United States and Russia.