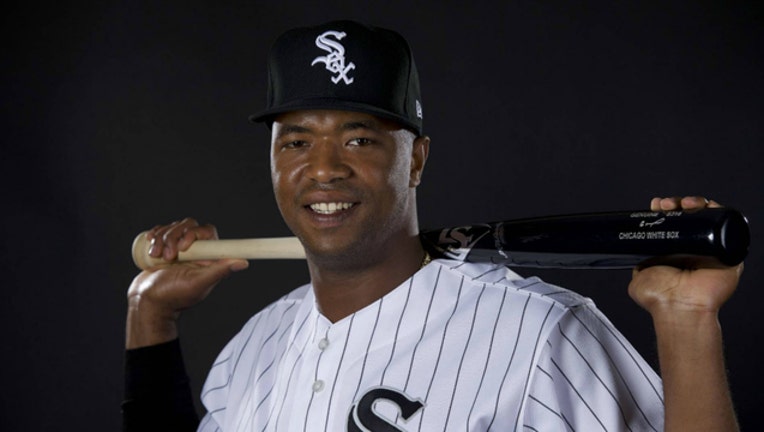 Jimenez was taken out of the game after colliding with center fielder Charlie Tilson while chasing a long fly ball off the bat of Whit Merrifield in the first inning.

As Tilson made the catch, he tangled with Jimenez, who sank to the ground near the left-center field wall.

After being examined, Jimenez walked off the field holding his right arm.

The White Sox said Jimenez left the game with right elbow soreness and that he will undergo further examination.

Mondesi left the game in the fifth inning after diving on the warning track in a failed attempt to catch a pop foul by Yolmer Sanchez.

Mondesi was led off the field with head trainer Nick Kenney holding his left arm. No additional information was immediately available.