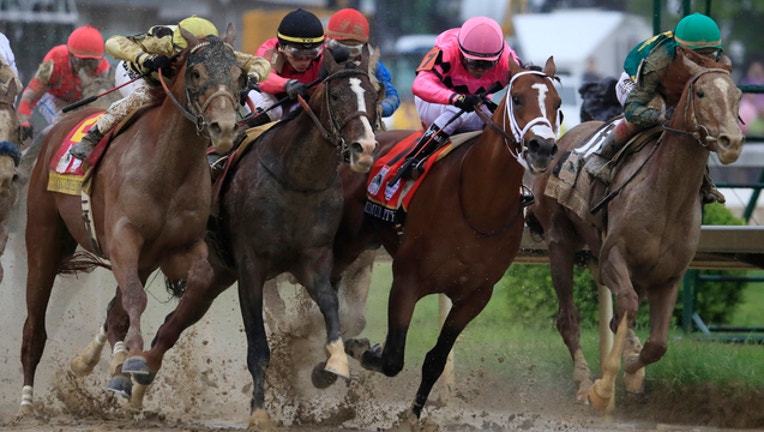 FOX NEWS - Country House was declared the winner of the 145th running of the Kentucky Derby at Churchill Downs on Saturday following “an inquiry ruling” and the disqualification of Maximum Security, officials said.

This comes after Maximum Security finished first in the race.

Ahead of the race's start, heavy rain caused the main dirt track to be downgraded from fast to sloppy. Bad weather that was expected arrived about three hours before post time. Rain fell harder as race time grew closer, making for a tough trek for the handlers and connections as they marched from the backside barn area around to the front stretch.

Earlier this week, Omaha Beach -- the then-favorite to win the Kentucky Derby -- was scratched from the competition due to a breathing problem.

Trainer Richard Mandella told The Associated Press that the horse developed a cough and a subsequent veterinary exam showed the colt has an entrapped epiglottis. It's generally not life- or career-threatening and is typically corrected with minor surgery.

More on this story at FOXNews.com