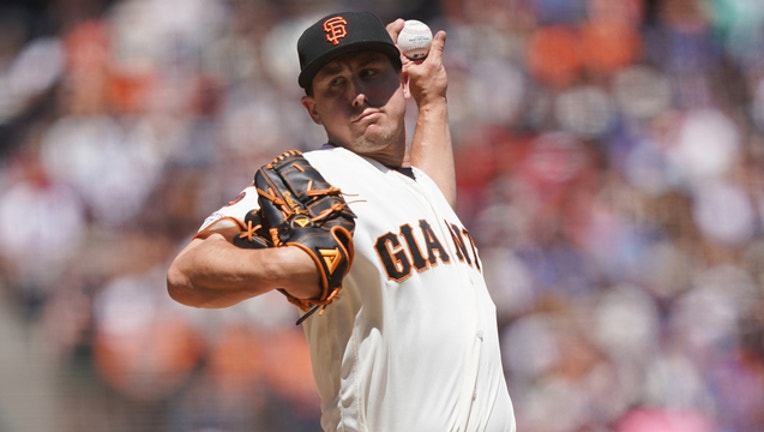 CHICAGO (AP) - The Chicago Cubs have placed infielder Daniel Descalso on the 10-day injured list with a sprained left ankle and added left-handed pitcher Derek Holland to the active roster.

The 32-year-old Holland was acquired Friday from the San Francisco Giants for a player to be named. Used as reliever since mid-May, he has allowed the second-lowest slugging percentage, third-lowest OPS and sixth-lowest batting average against left-handed batters this season.

Holland is 78-77 with a 4.51 ERA in 275 major league appearances over 11 seasons with the Texas Rangers, Chicago White Sox and the Giants.