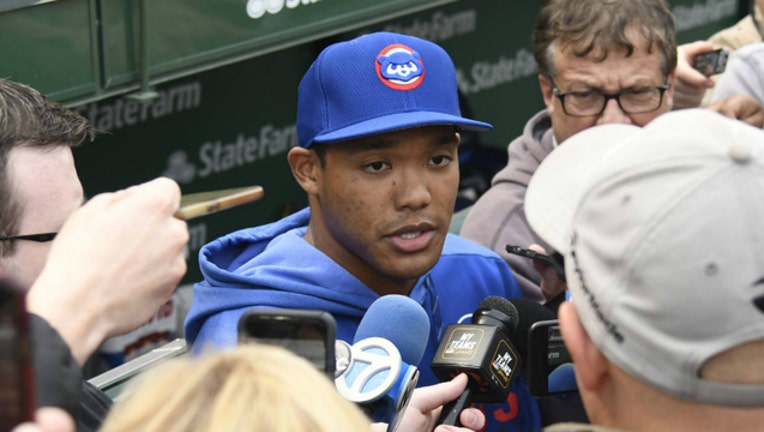 The struggling Russell was sent down to make room for All-Star catcher Willson Contreras, who was activated from the 10-day injured list. Chicago also scratched left-hander Jon Lester from his scheduled start against San Francisco because of illness. Right-hander Tyler Chatwood started in Lester's place.

Russell is hitting .247 with six homers, 16 RBIs and a .733 OPS in 55 games. He had a rough game Saturday against San Diego when he appeared to lose a pair of pop-ups in the sun and made multiple baserunning mistakes.

The 25-year-old was suspended 40 games by Major League Baseball last fall after a series of allegations made by ex-wife Melisa Reidy. The couple, who have one child together, divorced in August 2018. Russell said in February that he was accountable for his past actions and apologized for "the hurt and the pain" he caused.

Russell was eligible to return to the Cubs on May 3 following the completion of his suspension, but the team optioned him to the minors instead. Russell was called up from Iowa on May 8 and got a mostly chilly reception from fans at Wrigley Field in his return.

"This is good for him," Cubs manager Joe Maddon said. "We need to get him back to the player that he had been. He just hasn't been able to recapture that form. He was so important in what we did several years ago, we believed he could do that again for us. But under these conditions, playing sporadically, it wasn't going to happen."

Lester (9-6) was slated to make his 400th career start but wasn't well when he woke up.

"He's not feeling good, man," Maddon said. "He's got a fever and he just couldn't fight through it."

Contreras had been out since July 14 with a right foot strain.