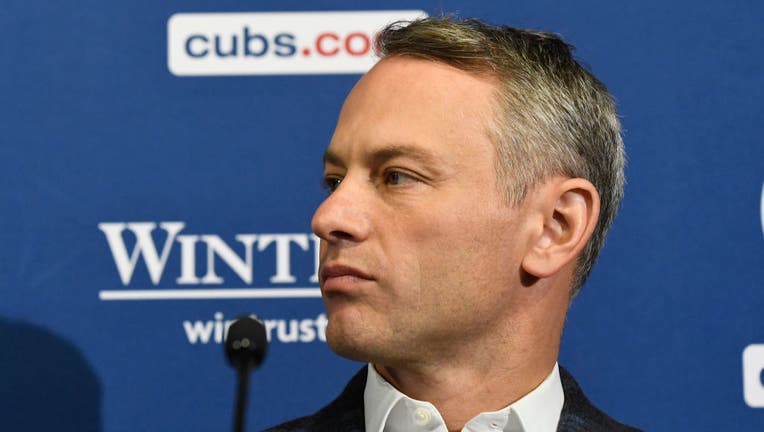 President of baseball operations Jed Hoyer called the alleged incidents disturbing and said there’s "no place for them in the game."

"I think it’s my job to make sure that every woman that works here — every woman that is a reporter for our team, every vendor, everyone that comes through Wrigley Field — has to feel like this is a wonderful environment for them to work in and they have to look forward to being here," Hoyer said Monday. "That has to be the standard. There can’t be any other standard. It has to be a great workplace for women, and a place that women can thrive."

Porter was fired for cause last month as general manager of the New York Mets after 38 days on the job following a report by ESPN he sent sexually explicit, uninvited text messages and images to a female reporter in 2016 while he was working for Chicago. Hoyer said the Cubs’ investigation is ongoing and interviews were being conducted when he left last week for the team’s spring training facility in Mesa, Ariz.

Porter was with the Cubs from 2015 to 2016 before leaving to become the Arizona Diamondbacks’ assistant general manager. He previously worked for the Red Sox and a had a long history with Hoyer and former Cubs president of baseball operations Theo Epstein from their time together in Boston and Chicago.

Hoyer said the Cubs might need to talk to more people about potential candidates and reach out to women who have worked with them.

He cited the women the Cubs have hired in "really important positions" to their baseball operation in recent years and the strides in general they have made within the game. Kim Ng became the first general manager in major league history when the Miami Marlins hired her in November.

"There have been really great trends in the game over the last two or three years when you look at the number of women in on-field positions, the number of women in front-office roles, obviously sort of highlighted by Kim’s promotion," Hoyer said. ’I think these last two or three years have really been outstanding for women in baseball. Hopefully, that continues not just within the industry but also within our organization."

Hoyer also touched on other subjects Monday. Joc Pederson likely takes over in left field for Kyle Schwarber, who was let go. Pederson gives the Cubs another powerful left-handed hitter with some limitations — like Schwarber. He hit .190 with seven homers and 16 RBIs last season for the World Series champion Los Angeles Dodgers.

"Their strengths are different," Hoyer said. "I don’t want to say this in comparing the two. ... Some of the things that Joc has really done well is cut his strikeout rate the last few years and he also hits the high fastball really well. That’s something we struggle with as a team."

Hoyer said is optimistic about the lineup, where the Cubs hope for bounce-back seasons from stars Kris Bryant, Javier Baez and Anthony Rizzo. But he is concerned about the pitching. Yu Darvish was traded to San Diego and Jon Lester signed with Washington.

Hoyer hopes to address that in the next week or two and said he has financial flexibility to add salary. Without getting too specific, he said several factors allowed the Cubs to move from the lower to the higher end of their payroll range.