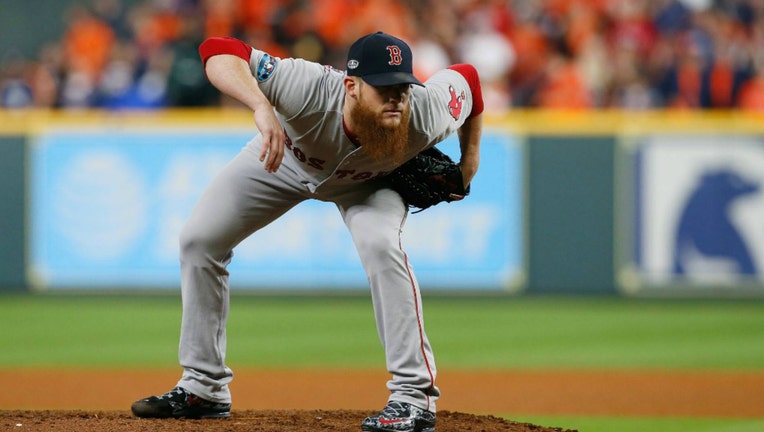 CHICAGO - Chicago Cubs manager David Ross is working out how he plans to handle save situations while struggling closer Craig Kimbrel works on his mechanics.

Ross was non-committal when asked if he would give the ball to Kimbrel for the ninth inning if the Cubs had a one-run lead.

Kimbrel struggled in his first two appearances this year after he had a tough time last season with Chicago.

It's a tough situation for Ross, who took over as manager in October.

He played alongside Kimbrel while the two were in Atlanta.

The 32-year-old Kimbrel is a key member of Chicago's bullpen, but the pandemic-shortened season is quite unforgiving at just 60 games.

CRAIG KIMBREL LOOKING TO BOUNCE BACK AFTER TOUGH DEBUT WITH CUBS