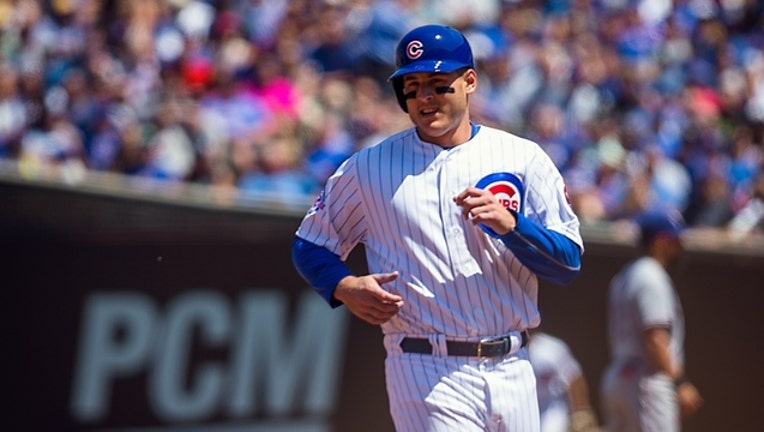 It has recently been revealed that first baseman Anthony Rizzo delivered some of his pre-game motivational speeches while “baring all” during the Cubs playoff road to victory.

Sports Illustrated senior writer Tom Verducci includes in his upcoming book an inside look of the Cub’s locker room atmosphere during the playoff season. Verducci’s book “The Cubs Way: The Zen of Building the Best Team in Baseball and Breaking the Curse” will include a new insight into the clubhouse before Games 5 and 6 against the Cleveland Indians.

Verducci writes that Rizzo would often recite famous movie speeches to his teammates before games, sometimes quoting inspirational and comedic movie lines with no clothes on.

Though the goal was to keep the mood light-hearted, it was clear there was still tension leading up to the biggest game. Prior to Game 7, Rizzo stripped naked, stood on a stereo in the Clubhouse and played the “Rocky” theme on the stereo while quoting lines and imitating Rocky throwing punches. Pitcher Hector Rondon then reportedly picked up an aerosol can of shoe cleaner and sprayed it toward Rizzo’s groin. Rizzo was visibly irritated, shutting off the music and storming off towards the showers.

That obviously calmed Rizzo down, who ripped his towel back off, climbing back up on the stereo and continued throwing punches to the Rocky theme again.

Clearly, this worked out for Game 7. Maybe Rizzo should continue this pre-game habit for 2017.

Read the full story on SI.com.