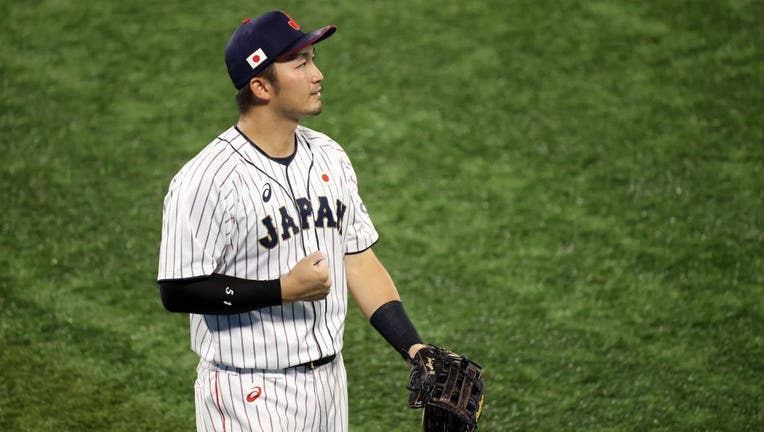 YOKOHAMA, JAPAN - AUGUST 04: Seiya Suzuki #51 of Team Japan looks on against Team Republic of Korea during the semifinals of men's baseball on day twelve of the Tokyo 2020 Olympic Games at Yokohama Baseball Stadium on August 04, 2021 in Yokohama, Jap

CHICAGO - The Chicago Cubs and star Japanese outfielder Seiya Suzuki have agreed to an $85-million, five-year deal, a person familiar with the situation told The Associated Press on Wednesday.

The person, confirming several reports, spoke to the AP on condition of anonymity because the deal was pending a physical.

The agreement signals the Cubs hope to speed up the rebuilding process after breaking up their 2016 championship core before last season’s trade deadline.

The 27-year-old Suzuki was a five-time All-Star and Gold Glove winner over nine seasons with the Hiroshima Toyo Carp in Nippon Professional Baseball. He batted .317 with 38 home runs and 88 RBIs in 132 games last season and had nearly as many walks (87) as strikeouts (88). He is a career .315 hitter with 182 homers and 562 RBIs for Hiroshima.

The Cubs also have Ian Happ, Clint Frazier and Rafael Ortega in the outfield, with prized prospect Brennen Davis in the system. The advent of the designated hitter in the National League gives manager David Ross more flexibility.

The Cubs are looking to regroup after finishing fourth in the NL Central at 71-91 in 2021 and missing the playoffs for the second time in three years. They traded ace Yu Darvish to the San Diego Padres before last season, then dealt championship core players Kris Bryant, Anthony Rizzo and Javier Baez once the team went into a slump after a strong start.