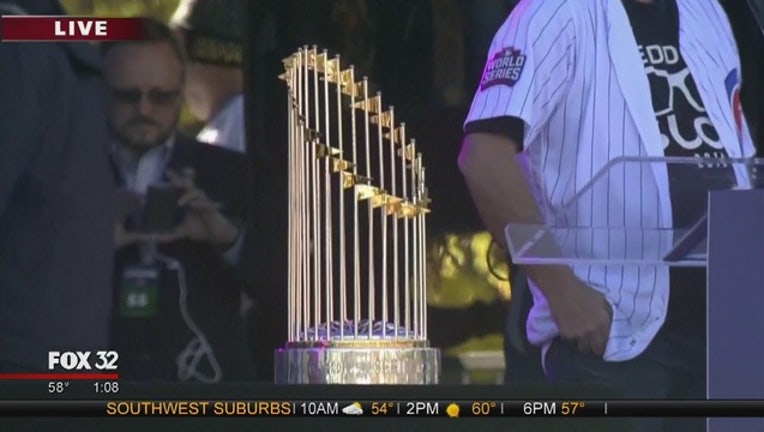 In a news release, the team announced that the tour that will begin at Cubs Team Store on Michigan Avenue on Dec. 9 and at City Hall on Dec. 15. After that, the trophy will make stops throughout Illinois. Among the cities the trophy will visit before Opening Day are Bloomington, Champaign, Freeport, Peoria, the Quad Cities, Rockford and Springfield.

The trophy will visit South Bend, Indiana, as well as Des Moines and other Iowa communities. It will also be taken to Mesa, Arizona in time for spring training.

Fans looking to see the trophy and take a picture with it can follow the tour on Twitter and Instagram (@Cubs) by using the #CubsTrophyTour hashtag.