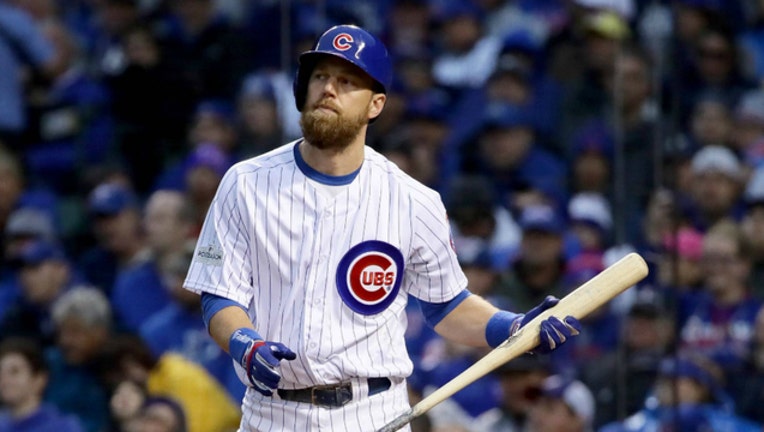 Zobrist has been on the restricted list since May 8.

Cubs president Theo Epstein said he expects Zobrist will progress through the team's farm system this month. Epstein did not provide a schedule for Zobrist's return but said he trusts the 14-year veteran's judgment.

"He would not be attempting to come back if he didn't think he could play at a high level," Epstein said. "He's well aware of what it takes physically and mentally to prepare, especially at age 38. We'll make a good decision. He's not going to come back and embarrass himself."

Zobrist was the MVP of the 2016 World Series when the Cubs beat Cleveland to end a 108-year championship drought. He was batting .241 with 10 RBIs through 26 games this season. Epstein said Zobrist would not be a full-time starter when he rejoins the team.

Zobrist, a three-time All-Star, will begin as the designated hitter with South Bend.

"I look at his locker every day," Bryant said. "Not having him here has been a bummer. He's a veteran guy with a smile in the clubhouse and we need that sometimes. We've certainly missed him - not just what he does in the field, but what he does in here."