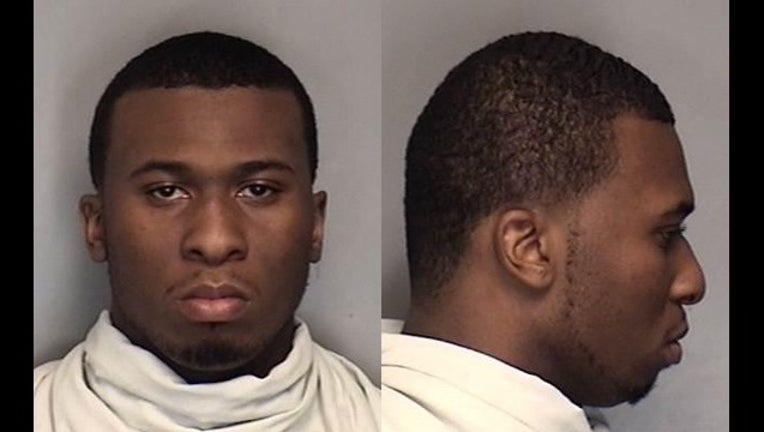 CHAMPAIGN, Ill. (AP) - Prosecutors and an attorney for Illinois basketball player Leron Black have agreed to a deal that would place him in a diversionary program and potentially see his felony aggravated assault charge reduced to a misdemeanor, allowing him to avoid jail time, Champaign County State's Attorney Julia Rietz said Monday.

Black was accused of threatening a bouncer at a campus bar with a knife on Feb. 19. He initially pleaded not guilty.

Under the deal, Black would have 90 days pay a $200 fine and perform 25 hours of community service, Rietz said. If the 20-year-old sophomore does both, he would be allowed to plead guilty to a misdemeanor assault charge and face a year of unsupervised probation. The deal must be approved by a judge. A hearing is set for April 21.

The bouncer had no objections to the deal for Black, Rietz said.

Reitz said the county's Second Chance program is used for offenders with no criminal record. They can again face felony charges if they don't meet the terms.

"The vast majority of people who participate in this program successfully complete it because the stakes are so high," Rietz said.

The charge facing Black is a Class 4 felony that carries a potential sentence of up to three years in prison.

Black's arrest was the first of three involving Illinois basketball players this year.

Juniors Jaylon Tate and Kendrick Nunn have both pleaded not guilty to domestic assault charges stemming from separate incidents in March.

All three players have been suspended from the team and Groce has not commented on what circumstances would allow them to return. Last week when asked about Black, Nunn and Tate, Groce said he hopes all 14 players on his roster who have eligibility left can return.