MIAMI GARDENS, Fla. - The Miami Dolphins traded wide receiver and returner Jakeem Grant to the Chicago Bears on Tuesday, a person with knowledge of the deal told The Associated Press.

Grant is going to the Bears in exchange for a sixth-round pick in the 2023 draft, according to the person, who spoke to the AP on condition of anonymity because the trade had not been announced.

Grant had primarily been a returner for the Dolphins this season, with only two catches for minus-7 yards in the season’s first four games.

He returned eight punts for 59 yards and two kickoffs for 46 yards so far this season. But in Sunday’s loss to Indianapolis, he muffed a punt for a turnover deep in Miami territory and the Colts turned that extended possession into a field goal for a 17-3 lead. 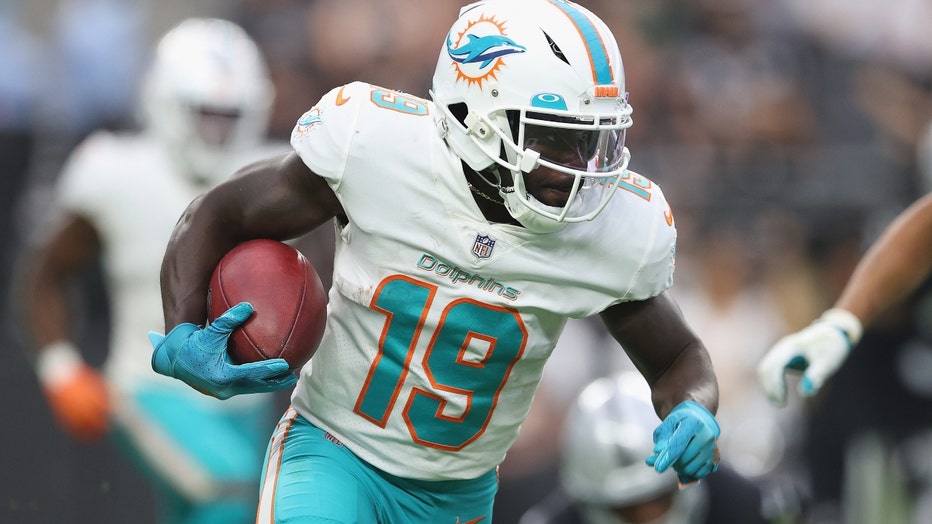 Wide receiver Jakeem Grant of the Miami Dolphins runs with the football against the Las Vegas Raiders during the NFL game at Allegiant Stadium on September 26, 2021 in Las Vegas, Nevada. (Christian Petersen/Getty Images / Getty Images)

"I think we are still evaluating all positions, to include the returner position," Dolphins coach Brian Flores said Monday. "Obviously Jakeem struggled a bit. ... He’s been very productive for a number of years but struggled a bit (Sunday). We’ll take a look at that position, like we will for all positions, and do what we feel is best for the team."

Grant was a sixth-round pick in 2016 for Miami. He made 91 catches for 1,001 yards in parts of six seasons with the team, with five touchdowns. He also had five return touchdowns for Miami — three punts, two kickoffs — and a rushing score.