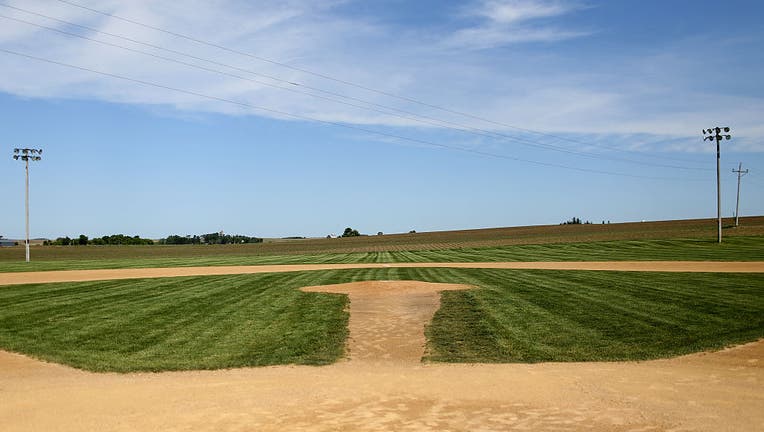 DYERSVILLE, IA - MAY 26: General view of the Field of Dreams prior to the unveiling of the Baseball Hall of Fame Traveling Exhibit on Thursday, May 26, 2016 at the Field of Dreams Movie Site in Dyersville, Iowa. (Photo by Alex Trautwig/MLB via Getty

NEW YORK - Major League Baseball’s Field of Dreams game in Iowa has been postponed until 2021 because of the novel coronavirus.

The game at a newly constructed ballpark on the cornfield adjacent to the site of the 1989 movie had been scheduled for Aug. 13 in Dyersville.

The Chicago White Sox originally had been set to host the New York Yankees. When MLB remade its schedule following the delayed start to the season, the St. Louis Cardinals became the opponent. The White Sox will now host the Cardinals in a three-game series starting Aug. 14.

MLB will keep the White Sox as one of the teams for the game next year. The other team has not been determined.

MLB had not yet decided whether the Cardinals-White Sox series will still start on Aug. 13 or will be pushed back a day. Fox had planned to televise the Iowa game.