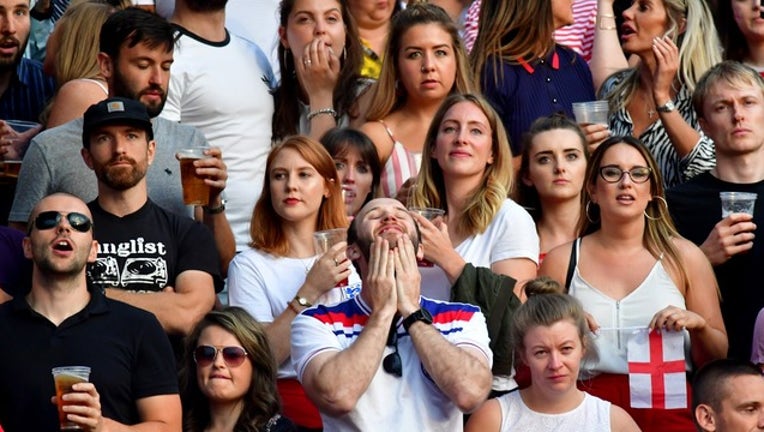 FIFA is asking television networks and its own in-house production team to air fewer images of attractive women in the final two games of the 2018 FIFA World Cup.

The practice has been condemned by the organization as it nears the event’s final match between Croatia and France on Sunday. FIFA’s production arm is responsible for a “world feed” that most broadcasters around the world use.

It’s been sexism, not racism or anti-LGBT discrimination that’s been the biggest issue in Russia according to Fare Network, an organization that aims to “combat inequality in football and use the sport as means for social change.”

"There haven't been a great deal of incidents of the type we expected," Fare director Piara Powar told the Associated Press.

The Fare Network reports that it has informed FIFA of more than 300 incidents of “sexism on the streets,” according to the AP. About 30 of those incidents have involved female broadcasters, some of whom have been grabbed and kissed on air.

The move comes more than two weeks after Getty Images posted an album of the “hottest fans at the World Cup.” All of the fans picture were female, prompting the agency to come fire. It was forced to remove the slideshow and later issued a statement of apology.