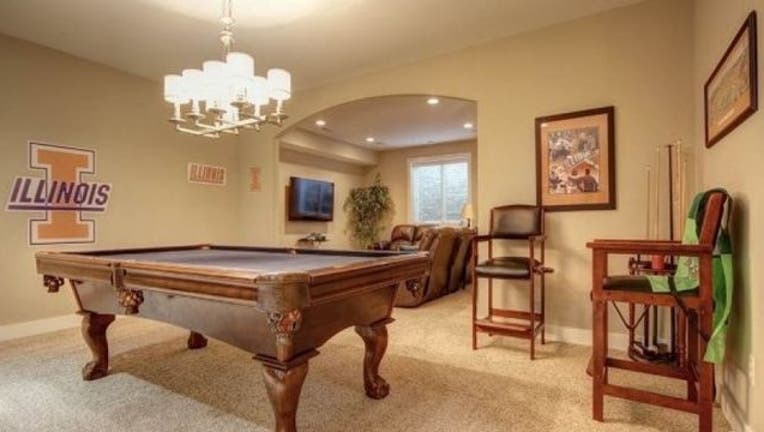 (FoxNews.com) - Ousted University of Illinois football coach Tim Beckman is taking his football and leaving town. He's put his home in Urbana, IL, on the market for $950,000. Urbana adjoins Champaign, where the university's main campus and football stadium are located.

Beckman was fired a week before the 2015 season after allegations that he tried to avoid reporting player injuries reached a crescendo. Beckman has vehemently denied the allegations and has discussed taking legal action. The school says it will not pay Beckman the remaining $3.1 million on the five-year contract he signed in 2011.

"I firmly deny the implications … that I took any action that was not in the best interests of the health, safety and well-being of my players," Beckman said in a statement. The university set up an external review of the situation after a player tweeted allegations in May.

As for the home he's leaving behind, it has all the amenities for someone at the top of his game. Built in 2012, the 6,380-square-foot home has a media room, exercise room, and custom kitchen with granite counters, a wine cooler, and an ice machine. There are four bedrooms, four full bathrooms, and two half-baths. Another room currently being used as a sitting room could be converted into the fifth bedroom.