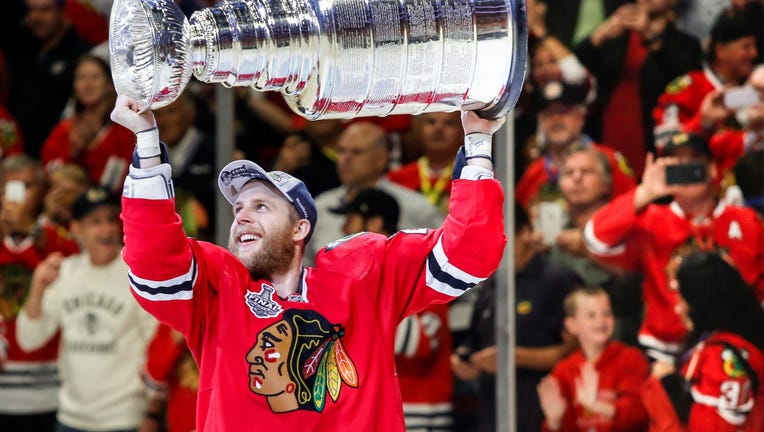 Kris Versteeg of the Chicago Blackhawks celebrates with the Stanley Cup after defeating the Tampa Bay Lightning 2-0 in Game Six to win the 2015 NHL Stanley Cup Final at the United Center on June 15, 2015 in Chicago, Illinois. (Bill Smith/NHLI via Getty Images / Getty Images)

The 33-year-old announced his decision through the NHL Players' Association. He ended this past season playing with his brother, Mitch, with Slovakia's HK Nitra.

Versteeg broke into the NHL with Chicago during the 2007-08 season and was a member of the Blackhawks' championship teams in 2010 and '15.

From Alberta, Canada, Versteeg was selected by Boston in the fifth round of the 2004 draft. He finished with 149 goals and 209 assists for 358 points in 643 career games split over seven teams.