Jimmy Hayes, a former NHL player who played for the Chicago Blackhawks and starred at Boston College, has died. He was 31.

Hayes’ death was announced by the Blackhawks on Monday.

"We are heartbroken to learn of the passing of Jimmy Hayes," the team said in a Twitter post. " We're proud of the memories he made in Chicago, including making his NHL debut in 2011."

The details surrounding his death were not clear. According to the Boston Globe, Hayes’ wife Kristen posted photos of her and her family at an arcade celebrating the birth of one of their sons. Hayes reportedly appeared to be OK in the photos.

Authorities were called to Hayes' Massachusetts home, where he was pronounced dead, the paper reported.

Hayes was selected by the Toronto Maple Leafs in the second round of the 2008 NHL Draft out of Boston College where he had won an NCAA Title. He made his debut with the Chicago Blackhawks in 2011 and played 31 games for them. 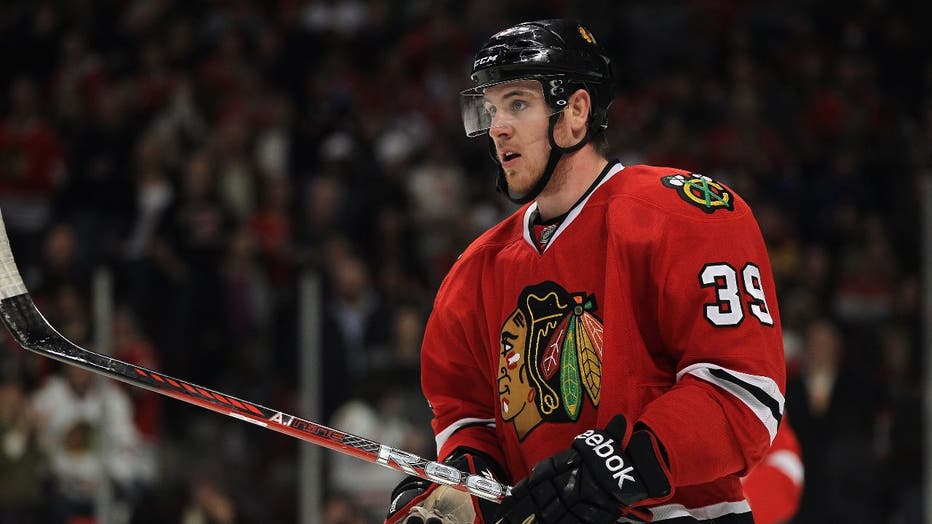 Jimmy Hayes of the Chicago Blackhawks skates to the bench during a game against the Detroit Red Wings at the United Center on January 8, 2012 in Chicago, Illinois. (Jonathan Daniel/Getty Images / Getty Images)

He would go on to play for the Blackhawks from 2011 to 2014. He then played for the Florida Panthers, Boston Bruins and New Jersey Devils. He was out of the league by the end of the 2017-18 season.