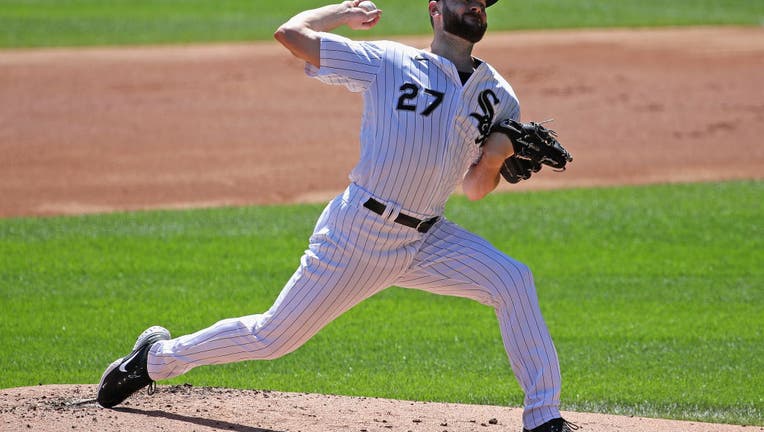 CHICAGO - Lucas Giolito matched his career high of 13 strikeouts in seven dominant innings, hot-hitting Tim Anderson stroked his fourth home run of the series, and the Chicago White Sox beat Detroit 9-0 Thursday to complete their first four-game sweep of the Tigers in 15 years.

Giolito (2-2) allowed three hits and one walk to earn the victory, his fifth in seven career decisions against Detroit, as Chicago completed a 5-2 homestand with its fifth straight win. The right-hander also struck out 13 against Oakland on Aug. 11, 2019.

“He did a really nice job of finishing his work for the day,” White Sox manager Rick Renteria said. “Obviously, he kept us in the ballgame the whole day and gave us the opportunity to do what we needed to do. And the offense did the rest.”

The White Sox hadn’t swept a four-game set against the Tigers since Sept. 1-4, 2005, the year of their only World Series title since the 1917 season.

“We knew day one of spring training, just looking around the locker room, seeing the young guys (and) how far we’ve come ... it’s about time for us to turn that corner,” Giolito said. “The more that we’re playing together, even though this is kind of a weird year, a shortened year, we’re coming together. We’re getting closer.”

Anderson hit a solo homer off reliever Tyler Alexander to extend the lead to 5-0 in the fourth. The shortstop had eight hits and seven RBIs in the series.

The White Sox wasted no time to jump on right-hander Spencer Turnbull (2-2), who walked three batters in a torturous 37-pitch first inning. No Tigers starter lasted more than 4 1/3 innings in the series.

With one out, Yoan Moncada and Eloy Jiménez walked around a José Abreu double to load the bases. Edwin Encarnación also coaxed a free pass to force home a run, then Nomar Mazara’s fielder’s choice groundout and James McCann’s double plated two more.

Danny Mendick doubled off Alexander to extend the lead to 4-0 in the third.

“That’s a good hitting team over there that’s swinging really well,” Tigers manager Ron Gardenhire said. ”(Turnbull) needed to be in the zone and make them swing, and they didn’t.”

Detroit threatened against Giolito only in the third when it loaded the bases with one out on two singles and an error. He fanned Niko Goodrum and Cristin Stewart to squelch the rally.

The Tigers hoped for a respite after they suffered their 20th straight loss against Cleveland last weekend, but the White Sox were no less a challenge themselves. A year ago, Chicago won 12 of 18 games between the two clubs and outscored Detroit by a 113-86 margin.

White Sox RHP Dane Dunning made a good first impression in his major league debut on Wednesday night, but the three-run, seven-strikeout, 4 1/3-inning performance wasn’t enough to prevent his return to the Schaumburg training facility.

The team was scheduled for two open dates next week, and veteran starters Reynaldo López (inflamed right shoulder) and Carlos Rodón (sore left shoulder) could be in the mix shortly.

OF Ricky Delmonico was added to the active roster.

A weird season promises to get weirder yet in Chicago this weekend, when the Cubs and White Sox will play in an empty Wrigley Field.

“The professionalism in which (the players) carry themselves will remain for sure,” Renteria said. “Does it make it a little different without having the fans out there? Yeah, absolutely. No one can deny that.”

Tigers: OF Cameron Maybin (tight right hamstring) left the game in the seventh inning. ... RHP Buck Farmer was reinstated from the 10-day injured list. He had been sidelined since Aug. 10 because of a strained left groin. In a corresponding move, RHP Carson Fulmer was designated for assignment.

White Sox: OF Luis Robert (sore right hand) could return to the lineup as early as Friday night, Renteria said.

Tigers: RHP Michael Fulmer (0-0, 7.56) will start the first game of a weekend series against the Indians in Cleveland on Friday night.