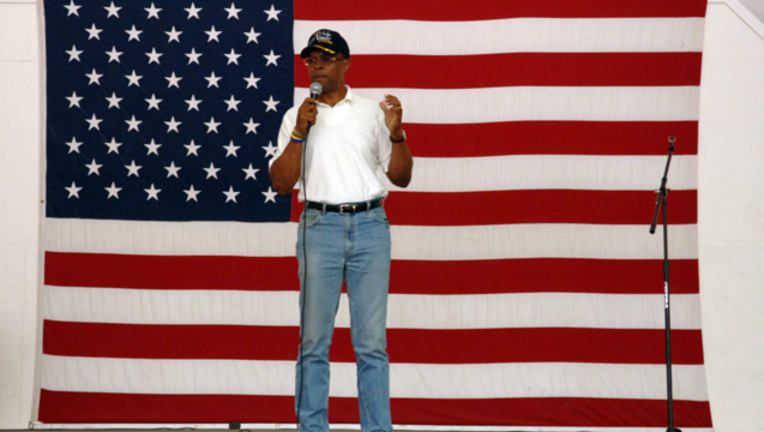 His wife, Ardythe Sayers, tells The Kansas City Star that her 73-year-old husband was diagnosed four years ago and she blames Sayers' football career. He played for the Bears from seven seasons starting in 1965 after setting records at the University of Kansas.

"Like the doctor at the Mayo Clinic said, `Yes, a part of this has to be on football,"' Ardie Sayers said at their home in Wakarusa, Indiana. "It wasn't so much getting hit in the head . It's just the shaking of the brain when they took him down with the force they play the game in."

Ardie Sayers and the rest of the family had made no secret of his condition, but hadn't shared it publicly. In 2013, he asked to withdraw a lawsuit filed against the National Football League and a helmet maker that claimed they failed to prevent repeated head injuries. The lawsuit contended that Sayers claimed he suffers headaches, occasional short-term memory loss and other cognitive deficits because of chronic traumatic encephalopathy.

Sayers is regarded as one of the greatest players in NFL history. The "Kansas Comet" played his entire career with the Bears, piling up 4,956 yards rushing in his 68-game career and was voted to four Pro Bowls. Sayers scored 22 touchdowns and 132 points in his first season, both then-rookie records.

Ardie Sayers recently determined that it's important that his situation be known and understood to dispel false impressions. While she considers Sayers physically healthy "as a horse" and notes he is working out with a trainer several days a week, she added, "That brain controls everything, Doesn't it?"

His brother, Roger Sayers, said in a phone interview from Omaha, Nebraska, that it's "tough" to "build memories all your life, and the next thing you know you don't remember anything."

While family and friends were attributing his increasing forgetfulness to the normal aging process, others recognized vulnerability.

"You have people who have a little less moral stature than you would like to see in society," Roger Sayers said of people the family realized had taken advantage of his brother in various ways.

Ardie Sayers has been moving her husband home from a facility he'd been staying in for the last few months. She added, "I felt like I could do better here -- give him more attention, give him more of the things he needs. I don't want him to be just sitting around doing nothing.

"No, he's still got a lot going for himself, and I don't want him to forget it."