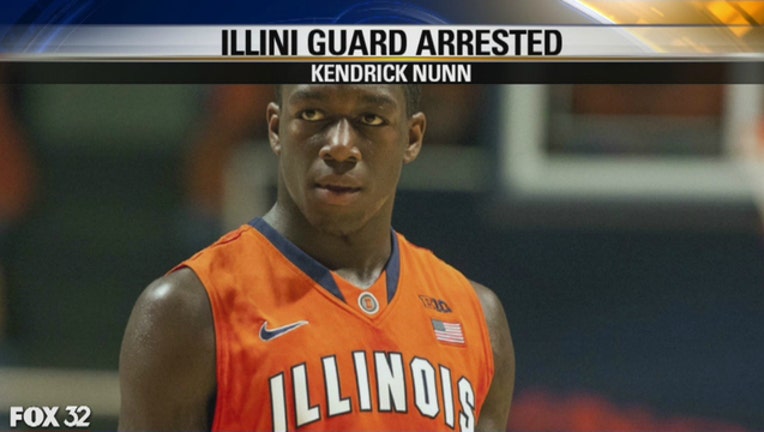 Athletic director Josh Whitman and coach John Groce said Tuesday they decided to kick Nunn off the team "to reaffirm our core values of trust and respect, to send a strong message about what is acceptable behavior."

Nunn pleaded guilty last week and was sentenced to 18 months of probation. He was arrested in March after being accused of striking a woman.

Nunn played in 96 games over three seasons at Illinois. The 20-year-old Chicago native missed some game time last season for the birth of his son.

A domestic battery charge against teammate Jaylon Tate was dismissed last week and he rejoined the team.