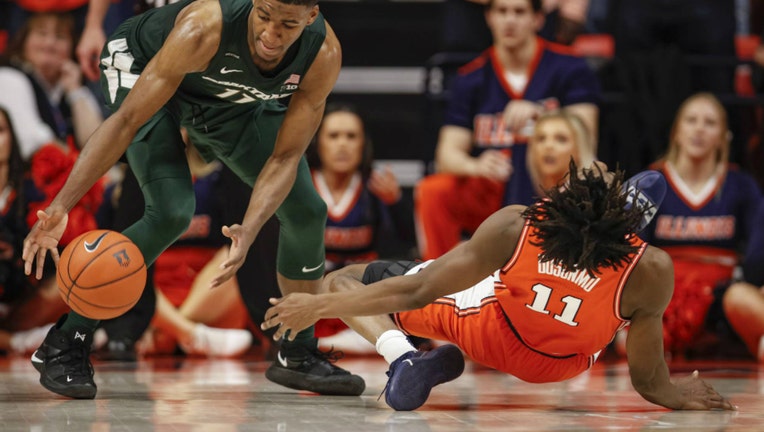 CHAMPAIGN, Ill. - Illinois star guard Ayo Dosunmu suffered no structural damage to his left knee in an awkward fall at the end of a loss to Michigan State, the school said.

Dosunmu had an MRI on Wednesday after getting hurt the previous night. No timetable was given for the sophomore's return.

Averaging a team-leading 15.8 points, Dosunmu was hurt after a put-back dunk by Xavier Tillman gave Michigan State a 70-69 lead with 6 seconds remaining on Tuesday. Dosunmu sprinted the ball down the floor but fell awkwardly on his left leg while trying to stop as time ran out.

Coach Brad Underwood called the injury “as difficult a situation as you'll see a young man go through.”

“Our medical staff will work with him around the clock on treatment and recovery," Underwood said. "Ayo and his family have been overwhelmed by the outpouring of support from Illini Nation and college basketball fans everywhere."

No. 22 Illinois visits Rutgers on Saturday.