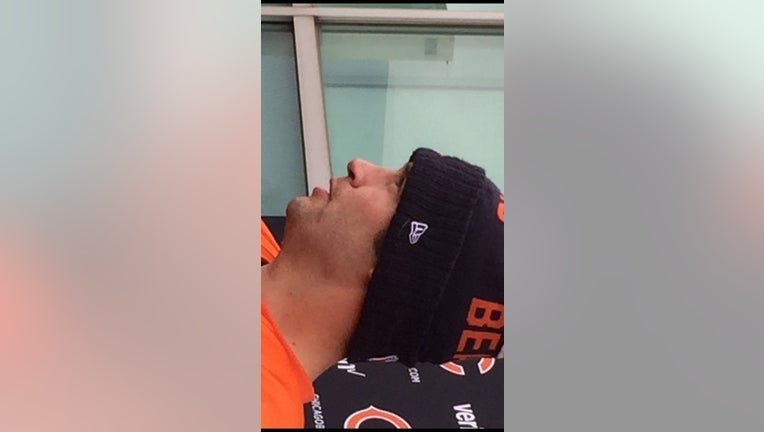 AP - Jay Cutler's season is over and his time in Chicago might be, too.

Coach John Fox announced Thursday that the veteran quarterback will have season-ending surgery on his right shoulder, the latest blow in a lost year for the Bears.

The operation to repair the labrum will take place on Saturday.

"I talked to him earlier today. He's in good spirits," Fox said. "It wasn't like it was never going to be an option. You try to avoid it, especially for a quarterback on your throwing shoulder. But he talked to many capable doctors, like he should. So that's been the determination at this point."

Matt Barkley figures to start his second straight game when the Bears (2-9) host San Francisco (1-10) in a matchup between struggling teams on Sunday.

Cutler injured his shoulder during a loss to the New York Giants on Nov. 20 but finished the game. Fox initially insisted the injury was not season-ending. But after working through treatment options, Cutler won't play again this season. If he has thrown his last pass for Chicago, Fox was not about to confirm it.

"You know, offseason is the offseason," Fox said. "We're not there yet."

Loggains mentioned Cutler's toughness and "how much the team means to him."

"That's been incredible to watch," he said. "There's a perception and there's a reality of that. Just, it's been really fun the last two years getting to coach him and I've enjoyed every minute of it."

Cutler no longer has a high salary-cap figure, so it becomes more likely he could be traded or cut in the offseason. The problem for the Bears is they have no obvious replacement on the roster. Chicago has not drafted a quarterback in Ryan Pace's two years as general manager.

If they part with Cutler and don't trade for a quarterback, they could try to go with Hoyer as a stopgap or with Barkley.

Hoyer made five starts while Cutler was sidelined by a sprained right thumb and threw for more than 300 yards in four straight games before breaking his left arm at Green Bay on Oct. 20. Cutler was cleared to return in the days after that game. Whether he would have regained the starting job had Hoyer stayed healthy is not certain.

Cutler made five starts this season and completed 81 of 137 passes for 1,059 yards with four touchdowns and five interceptions.

But the Bears are missing the playoffs for the ninth time in 10 years since the 2006 team reached the Super Bowl. The 2010 team beat Seattle in the playoffs before losing to Green Bay in the NFC title game, with Cutler sitting out most of the second half because of a knee injury.

Cutler at times has clashed with coaches and teammates since his arrival. He has also been hampered by poor offensive lines and a lack of talent around him. Throw in a penchant for turnovers at inopportune moments as well as a series of injuries and it's added up to a rocky tenure in Chicago.

"I know he's extremely competitive," Fox said. "I think he's been very tough-minded when he's had to deal with things, even in our tenure here, different surgeries, the hamstring, the thumb and now the shoulder. I think he's handled that as well as most guys I've ever been associated with."