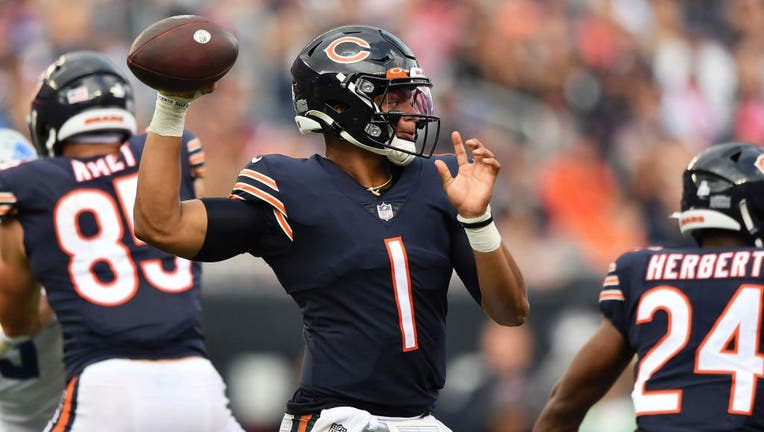 Quarterback Justin Fields #1 of the Chicago Bears passes against the Detroit Lions at Soldier Field on October 03, 2021 in Chicago, Illinois. (Photo by Jamie Sabau/Getty Images)

Fields got his first career win last Sunday against the Lions, completing 11 of 17 passes for 209 yards.

Veteran Andy Dalton has been sidelined after suffering a bone bruise in his left knee during Week 2.

Bears fans have been clamored for Fields to start since the team traded up to take him with the 11th overall pick in the draft.

Head coach Matt Nagy said while this was not the plan when the season started, Fields' growth on the field made the decision easier.

"This is Justin's time, we're confident with that moving forward," Nagy said.