A 28-year-old Chicago man received an incredible surprise after surviving a stray bullet.

CHICAGO - Rookie quarterback Justin Fields has shown flashes of brilliance during his first two preseason games with the Chicago Bears, and it has fans calling for him to be the team’s Week 1 starter.

During Chicago’s second preseason game against the Buffalo Bills on Saturday, the boos began to rain down on Soldier Field during the second quarter after the Bears’ starting offense had a three-and-out led by starter Andy Dalton.

The boos eventually went away and the fans started chanting, "We want Justin Fields."

After the game, Fields told reporters that he heard the fans yelling his name, but he wasn’t happy with how the fans treated the team’s current starting quarterback.

"I noticed it," Fields said via audacy.com. "Of course, the fans are awesome. They also have to realize that Andy’s a human being too. I really just think it’s kind of disrespectful to Andy, them cheering and chanting my name out like that.

"They have to trust in coach to make sure he’s making the right decisions and just cheer Andy on," Fields continued. "That’s not helping Andy play better, them cheering my name. I would say my advice to them would be to cheer for who’s out there playing on the field." 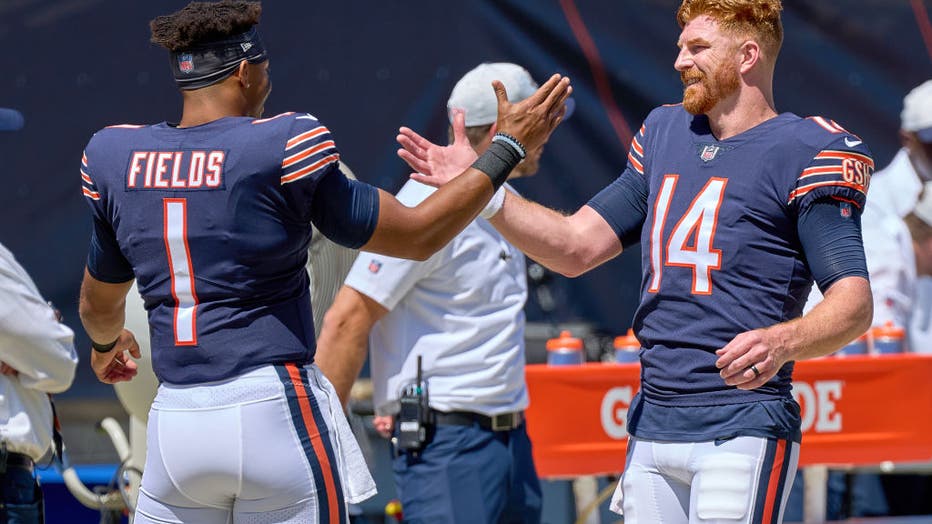 Dalton shared his thoughts on the fans booing him.

"It’s part of it," Dalton said. "They want to see a good product out there. I didn’t hear any boos after the touchdown pass that I threw. So hopefully they’ll be cheering a lot."

After the game, head coach Matt Nagy said that Dalton is still the team’s starter.