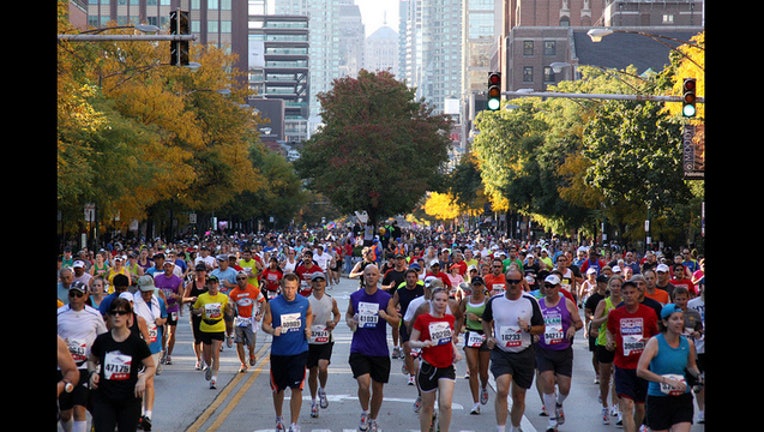 CHICAGO (AP) — Dickson Chumba broke away from a three-man pack in the 23rd mile and easily outdistanced the field for his first Chicago Marathon title Sunday.

The 29-year-old Kenyan finished the 26.2-mile course in 2 hours, 9 minutes, 25 seconds, while fellow Kenyan Sammy Kitwara was 25 seconds back for his second consecutive runner-up finish in Chicago.

Florence Kiplagat won the women's race in an unofficial 2:23:33.

The 28-year-old Kenyan, the half marathon world-record holder, pulled away late. Ethiopian Yebrgual Melese was second in an unofficial 2:23:43.

Sunday's race was the first without pace-setters, which officials said would result in a more competitive but slower event with record-breaking performances less likely.