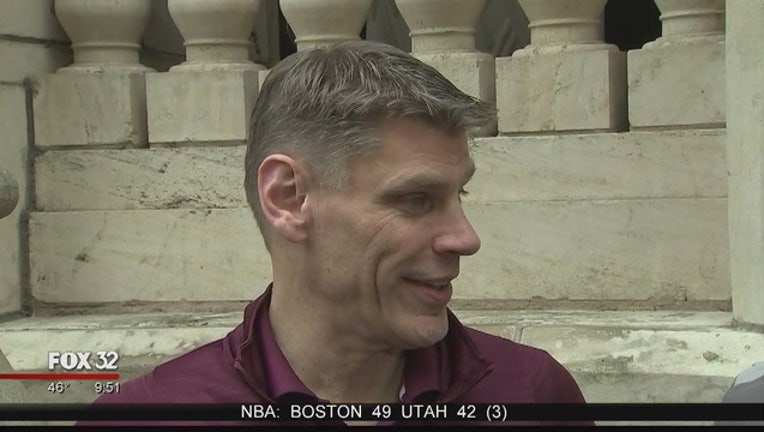 CHICAGO (AP) - Loyola-Chicago coach Porter Moser says he plans to stay at the school after he reportedly talked to St. John's about its job.

Moser says he is "all in" with Loyola after the Ramblers went 20-14 this season and won a share of the Missouri Valley Conference title. Loyola lost to Creighton in the first round of the NIT in the school's second straight postseason appearance.

He says he enjoys working with his players and is excited about his recruits.

A Chicago-area product, Moser is 141-125 in eight seasons at Loyola. He guided the Ramblers to the Final Four in 2018 for the first time since the school won the 1963 national championship.

Moser agreed to a new contract last April that runs through the 2025-26 season. Athletic director Steve Watson says Moser is a "perfect fit" at the school.

Moser announced he was coming back on Tuesday.

St. John's is looking for a coach after Chris Mullin resigned last week.