CHICAGO - The Chicago Blackhawks were one of the NHL’s worst teams last season, and their general manager is talking about a potentially long rebuilding process. They are listening to trade offers for their top goal scorer, and the situation at goaltender is murky at best.

"I like a challenge and I’m ready for it," Richardson said.

The Blackhawks think so, too, and that’s why they hired Richardson as the 40th coach in franchise history. The former NHL defenseman takes over a team in transition under GM Kyle Davidson, one that has fallen on hard times since it won the franchise’s sixth Stanley Cup championship in 2015.

Davidson has made no secret of his plan to remake the roster, and Richardson acknowledged the difficult road ahead when he was formally introduced Wednesday at the team store in downtown Chicago. But he also showed off the competitive nature that helped fuel a 21-year NHL playing career.

"I just feel that playing experiences, coaching experiences, I’m totally comfortable with developing players, having patience with players," he said, "but I think I said right from the start, I am an optimist and I feel like I want to go win every game, and I’m going to approach every game like that." 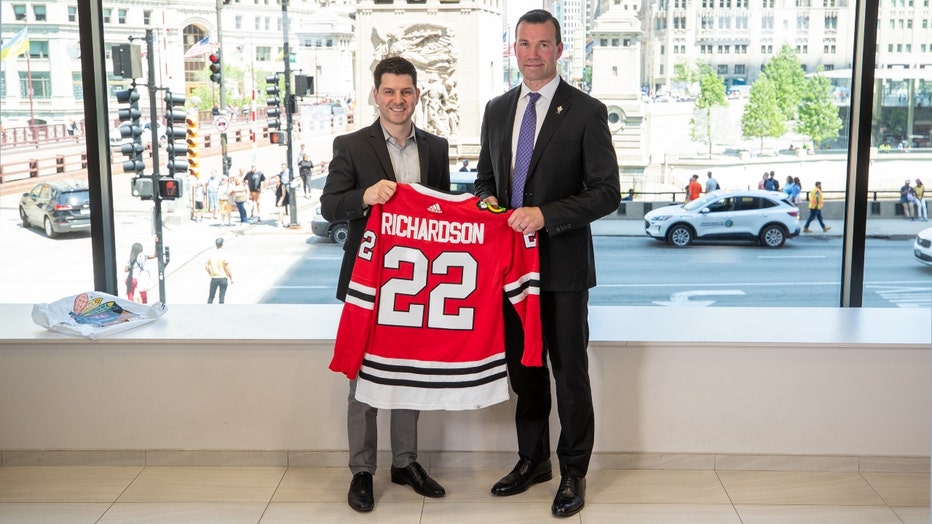 General Manager Kyle Davidson of the Chicago Blackhawks poses for a photo with Luke Richardson after introducing him as the team's new head coach at the Blackhawks Store on June 29, 2022 in Chicago, Illinois. (Chase Agnello-Dean/NHLI via Getty Images / Getty Images)

Richardson, who is from Ottawa, Ontario, was an assistant on Montreal’s coaching staff for the previous four seasons. When Dominique Ducharme was diagnosed with COVID-19 during the 2021 playoffs, Richardson took over as coach for six games and helped lead the Canadiens to their first Stanley Cup Final since 1993.

It was a pivotal moment in Richardson’s road to the Blackhawks.

"Just to have confidence in myself, at the most pressure time of the year, and to succeed and have a good relationship with the players that allowed that to happen, it really resonated to me that I’m ready for a head coaching job, that my plan works," he said. 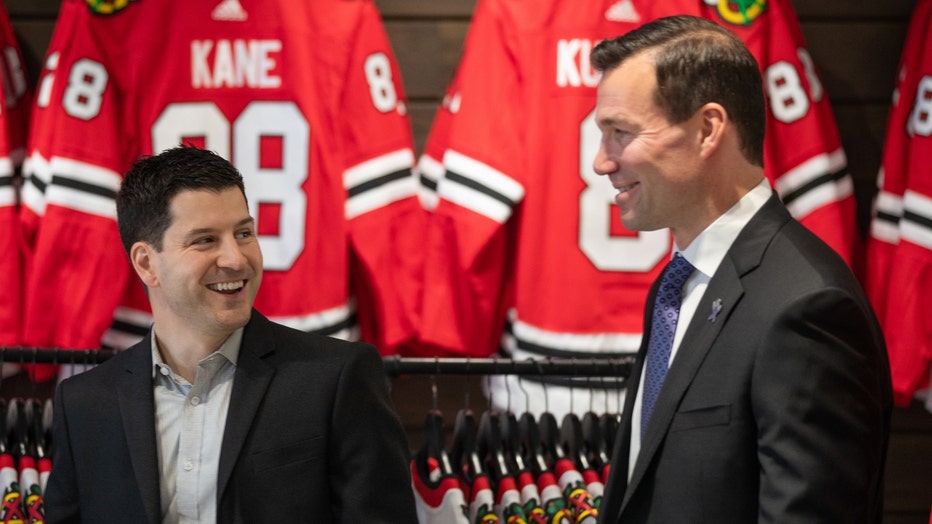 General Manager Kyle Davidson of the Chicago Blackhawks arrives with Luke Richardson to introduce him as the team's new head coach at the Blackhawks Store on June 29, 2022 in Chicago, Illinois. (Chase Agnello-Dean/NHLI via Getty Images / Getty Images)

Richardson is stepping in for Derek King, who finished the season as the interim coach after Jeremy Colliton was fired on Nov. 6. King was in the mix for the job, and Davidson said he wants to find a way to keep him in the organization.

"We’re looking to bring high-character people into the organization and Derek is that," Davidson said. "And so it’s going to be a discussion as we head into the summer, but we’re hopeful that something will be there for him."

Richardson flew into Chicago for his first interview a few weeks ago and then was brought back for a second session. Richardson went into more depth on some of the areas they covered during his first interview, and the discussions continued when they went to dinner and watched a Stanley Cup Final game.

"Once we got a little deeper into just how he sees the game and how he views players and his communication styles, it really resonated with us and it really felt like something that would work within the system that we’re putting in place here," Davidson said. "That was the main aspect of what drew us to Luke."

With Richardson in place, the Blackhawks’ focus shifts to next week’s draft and free agency. Richardson also needs to fill out his first staff as a head coach in the NHL. 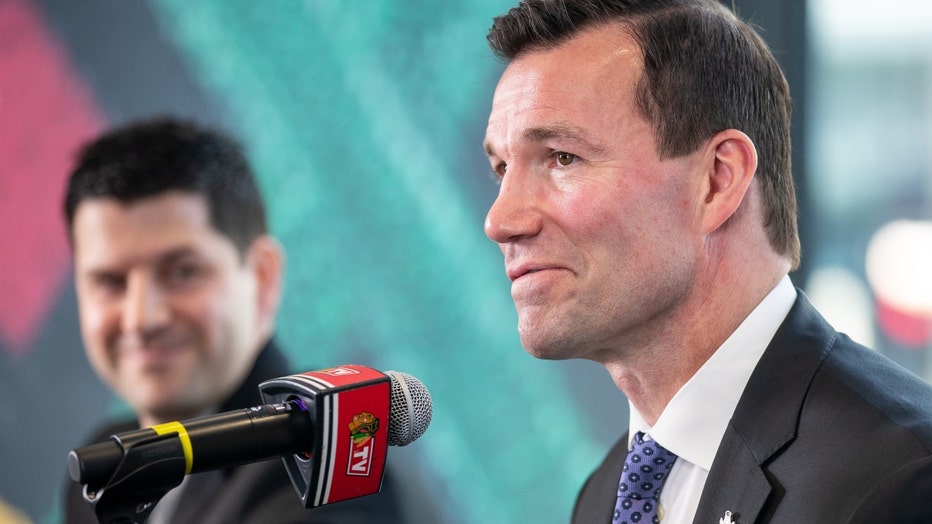 Luke Richardson listens to a question during the press conference to introduce him as the team's new head coach at the Blackhawks Store on June 29, 2022 in Chicago, Illinois. (Chase Agnello-Dean/NHLI via Getty Images / Getty Images)

While Chicago isn’t expected to contend next season, it will be one of the league’s most closely watched teams this summer. Captain Jonathan Toews, Patrick Kane and Alex DeBrincat each have one year left on their contracts after the Blackhawks went 28-42-12 this year.

Toews and Kane — still one of the league’s most dynamic players at age 33 — have no-movement clauses, making a trade unlikely unless one of the longtime stars asks for a change in scenery. But the 24-year-old DeBrincat, who scored a team-high 41 goals last season, could be on the move, and the departure of the winger could prompt Kane or Toews to seek a new home.

"There are some players that are untouchable based on their contractual status. That’s something that those players have earned, and we will hold true to that," Davidson said. "But we’re in a position where we are listening, and I think it would be unwise to do anything but.