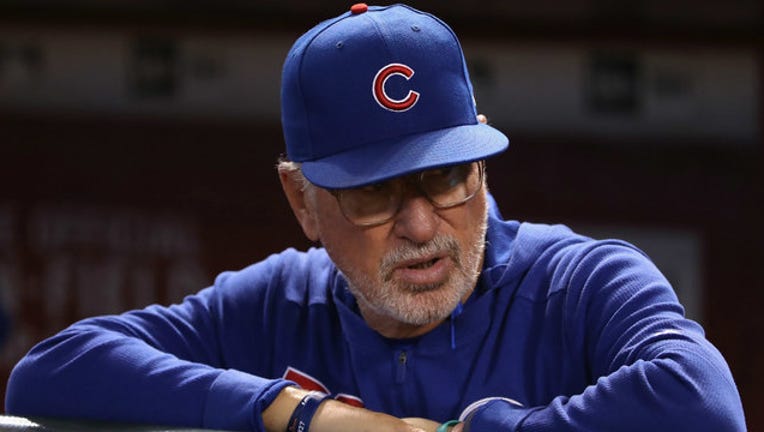 Manager Joe Maddon of the Chicago Cubs watches from the dugout during the first inning of the MLB game against the Arizona Diamondbacks at Chase Field on April 28, 2019 in Phoenix, Arizona. (Christian Petersen/Getty Images)

WASHINGTON (AP) - The Chicago Cubs have dropped their protest over the pitching delivery of Washington reliever Sean Doolittle.

Cubs manager Joe Maddon made the announcement before Sunday night's game against the Nationals.

Maddon came out twice in the ninth inning of a 5-2 loss Saturday night to complain to plate umpire Sam Holbrook about Doolittle. Maddon said he believed the left-handed Doolittle was tapping his right toe on the ground before coming to the plate.

After being told Doolittle's delivery was legal, Maddon announced the Cubs were playing the game under protest.

Cubs reliever Carl Edwards Jr. was informed at the end of spring training that his delivery, which featured a similar toe-tap, was illegal. That ruling miffed Maddon and the Cubs.

On Sunday, Maddon said the protest was done to protect Edwards.