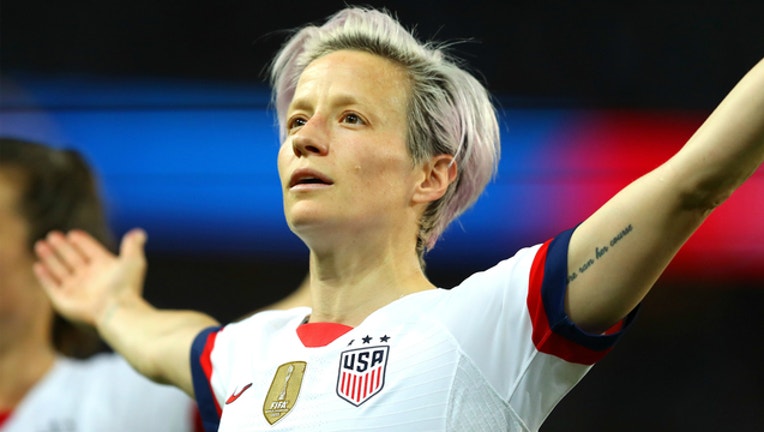 U.S women’s soccer team forward Megan Rapinoe said Saturday that she believes that “not many, if any” of her teammates would visit the White House if they win this Sunday's World Cup final against the Netherlands.

Rapinoe, who has publicly feuded with President Trump, said she hadn’t spoken to all her teammates about attending the White House, but suspected that few would take the president up on the invitation should they be invited.

"I don't know. I haven't spoken to everyone about it,” she said during a press conference, according to The Daily Mirror. "Not myself, not Ali Krieger and I suspect not many, if any, of the other players."

Rapinoe had drawn Trump’s ire after a video resurfaced on an interview she gave in January where she said she would not go to the “f---ing White House” if the U.S. won the cup.

Trump responded this week: "Megan should never disrespect our Country, the White House, or our Flag, especially since so much has been done for her & the team."