The agreement is set to be a part of a wider deal involving opioid use in baseball, The Athletic reported Monday. Major league players are already not subjected to marijuana tests, which means pot would essentially be legalized throughout professional baseball.

Major League Baseball's policy is becoming similar to that of the National Hockey League. The NHL doesn't punish players who test positive for marijuana but would recommend treatment if a player has "abnormally high levels" of THC in their system. 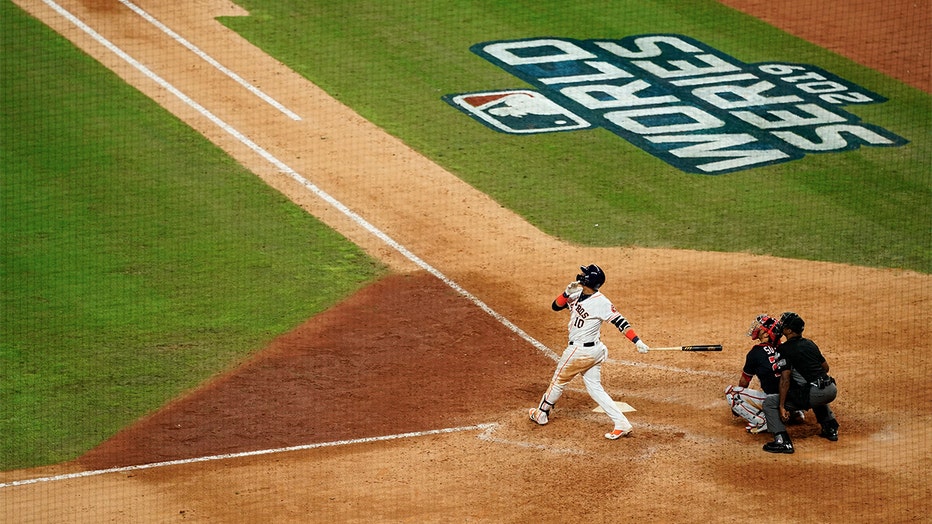 FILE - Yuli Gurriel #10 of the Houston Astros flies out during the ninth inning of Game 1 of the 2019 World Series.

NBA players are subjected to four random tests during the regular season. A player who tests positive the first time enters a substance abuse program, on the second gets a $25,000 fine, a five-game suspension on the third positive test and five more games for each subsequent positive test.

MLB and the MLBPA are working on changes to the drug policy in the months after Los Angeles Angels pitcher Tyler Skaggs' death. Skaggs was found to have two different opioids in his system when he was found dead at a Texas hotel on July 1 prior to an Angels game against the Texas Rangers.

Under the new bylaws, players would not be suspended for opioid use but would be placed into a treatment program instead.

MLB and the MLBPA have not finalized their new drug agreement yet. MLBPA head Tony Clark said recently he was optimistic the two sides can agree on the new policy by the end of 2019.

Get updates on this story at FOXBusiness.com