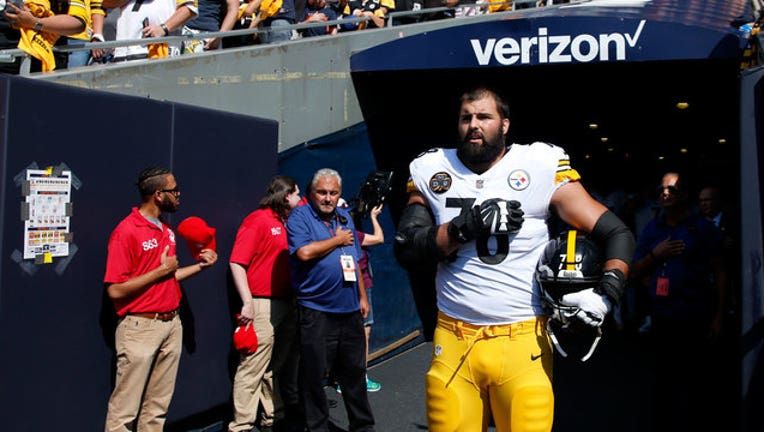 (FOX NEWS) - Football fans across America were clamoring for the jersey of Pittsburgh Steelers offensive tackle Alejandro Villanueva on Monday, a day after the former Army Ranger broke team orders by being the only player to come out of the locker room for the national anthem.

Villanueva, who stood alone while "The Star-Spangled Banner” was being played Sunday in Chicago, currently has the #1 selling jersey on the NFL’s web store, ahead of top players including Tom Brady, Aaron Rodgers and Derek Carr.

Steelers head coach Mike Tomlin appeared to take a swipe at the Bronze Star recipient's decision in a post-game press conference. Tomlin told the media that, prior to kickoff Sunday, the Steelers held a team meeting and decided, though not unanimously, to not come out of the locker room for the national anthem.

“Like I said, I was looking for 100 percent participation, we were gonna be respectful of our football team,” Tomlin said when asked about Villanueva ignoring the order and coming out for the anthem.