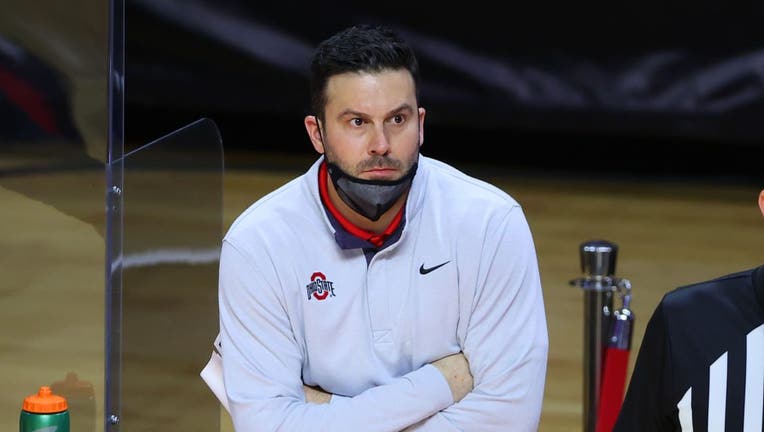 Ohio State Buckeyes assistant coach Ryan Pedon on the bench during the second half of the college basketball game between the Rutgers Scarlet Knights and the Ohio State Buckeyes on January 9, 2021 at the Louis Brown Athletic Center in Piscataway, NJ.

The Redbirds last week announced the hiring of Ryan Pedon, an assistant coach at Ohio State University. He replaces Dan Muller, who was fired Feb. 13 in his 10th season at ISU.

"Ryan has worked at respected programs and has been mentored by some tremendous coaches," Redbirds Athletic Director Kyle Brennan said. "His recruiting ties to Illinois and the Midwest will be a great asset to him moving forward."

ISU will be Pedon’s first head coaching job. He followed Chris Holtmann from Butler and is in his fifth season for the Buckeyes.

Pedon previously was assistant coach at the University of Illinois under John Groce. He also spent three years at Toledo as an assistant coach and recruiting coordinator and was director of basketball operations at Kent State from 2002-2005 and was a graduate assistant at Miami (Ohio).

Pedon said his family and he were seeking the "right fit" and "Illinois State checks every one of our boxes: Great people, strong academics, a highly competitive environment, a proud alumni base, and a campus (and) community that will allow us to recruit at a high level."