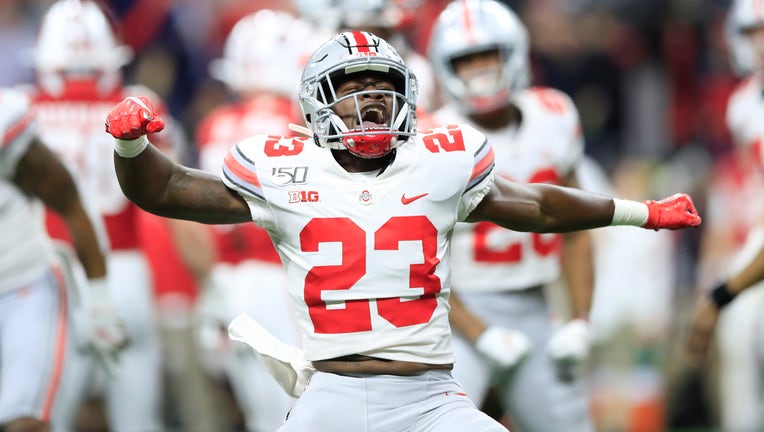 Jahsen Wint #23 of the Ohio State Buckeyes celebrates during the BIG Ten Football Championship Game against the Wisconsin Badgers at Lucas Oil Stadium on December 07, 2019 in Indianapolis, Indiana.

INDIANAPOLIS - Justin Fields threw three touchdown passes and J.K. Dobbins ran for 172 yards and another score to help No. 2 Ohio State rally for a 34-21 victory over No. 10 Wisconsin.

Wisconsin led 21-7 at the half but the Buckeyes pitched a second-half shutout and scored the final 27 points.