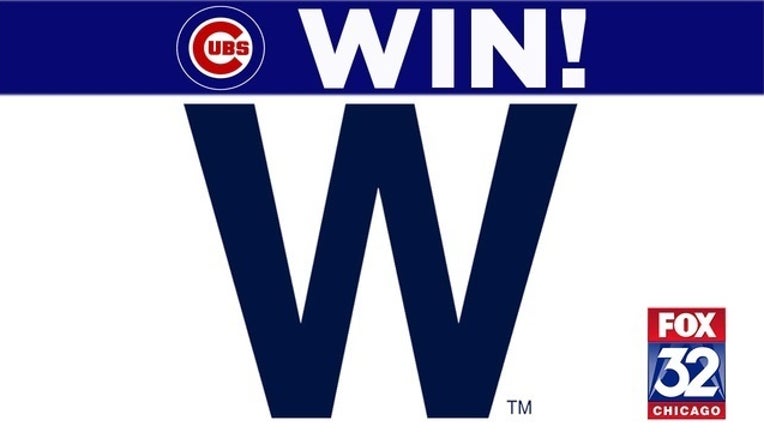 CHICAGO (AP) - It's purely about the math for Anthony Rizzo and the Chicago Cubs.

A three-game lead is better than a one-game advantage, and that was all that mattered Wednesday.

Rizzo homered, drove in three runs and stole two bases in his return to the cleanup spot, and Chicago beat the Milwaukee Brewers 8-4 to strengthen its hold on the NL Central.

The Cubs bounced back nicely from their 7-0 loss in the opener of the two-game series, improving to 9-4 against the Brewers this year. But they have six more games left in the season series and St. Louis is gaining quickly, so Rizzo and company coolly packed up their three-game advantage over the second-place Brewers and got ready for a six-game trip.

It's just about the numbers in the middle of August.

"I think early on we knew it was going to come down to the wire," Rizzo said, "so I don't see us or any team pulling away like crazy. Winning games versus our division is always big, and this one was nice."

Jason Heyward added three hits and two RBIs as Chicago moved 19 games over .500, matching its season high. David Bote had two hits, scored twice and made a terrific barehanded play at third base in his first action since he hit a game-ending grand slam in Sunday night's 4-3 victory over Washington.

Kyle Hendricks (9-9) struck out eight in six-plus innings on his bobblehead day, providing a lift for the Cubs after Jon Lester and Jose Quintana struggled in recent starts.

"Psychologically, I mean obviously there was a lot of folks that would have been running for the hills had we lost," manager Joe Maddon said. "The fact that you win the game, it settles down that method. There's still a long way to go."

Milwaukee had a chance to inch closer to Chicago, but instead lost for the fourth time in six games. Junior Guerra (6-8) lasted just 3 2/3 innings, and first baseman Eric Thames committed an error that helped set up a run.

"It was definitely a hard game," Guerra said. "Some of the things just didn't go our way today."

The Brewers, who are in position for a wild card, also lost left fielder Ryan Braun and catcher Manny Pina to injuries. Braun departed with tightness on the right side of his rib cage, and Pina hurt his left shoulder when he collided with Javier Baez while he was diving back to second in the seventh.

Pina stayed in after the play and scored on Mike Moustakas' single. But Erik Kratz took over behind the plate in the bottom half of the inning.

"We're going to take him to Milwaukee for tests tomorrow, but he was adamant about staying in the game," manager Craig Counsell said. "It's just kind of precautionary. So we'll get some tests and we'll see."

Braun is considered day to day. He got hurt trying to make a sliding catch on Heyward's RBI double in the third.

"I don't anticipate making a quick move with this one, but if it lingers, we're going to have to make a move," Counsell said.

Rizzo, who had been leading off, drove a 0-1 pitch from Guerra into the basket in left for a two-run shot in the first. The big first baseman also blooped a run-scoring single into center in the Cubs' three-run fourth, helped by a partly cloudy sky that made life difficult for each team all afternoon.

The Brewers closed to 7-4 on Hernan Perez's RBI single in the seventh. But they wasted a chance for more when Travis Shaw popped out and Jonathan Schoop lined to left with the bases loaded, ending the inning.

Albert Almora Jr. then led off the bottom half of the inning with a line drive into the bleachers in left . It was his first homer since June 28 and No. 5 on the year.

The Cubs acquired minor league outfielder Terrance Gore from Kansas City for a player to be named or cash. He was assigned to Triple-A Iowa.

Brewers: RHP Jimmy Nelson is unlikely to return this season after he had shoulder surgery in September, according to Counsell. ... RHP Zach Davies, who is coming back from an inflamed right rotator cuff and tight lower back, could make another rehab appearance after he starts for Triple-A Colorado Springs on Thursday.

Brewers: Following a day off, RHP Freddy Peralta (5-3, 4.47 ERA) faces Cardinals RHP Luke Weaver (6-10, 4.66 ERA) on Friday night in the opener of a big weekend series in St. Louis. Peralta was tagged for seven runs in three-plus innings in a 10-1 loss at Atlanta on Friday night.