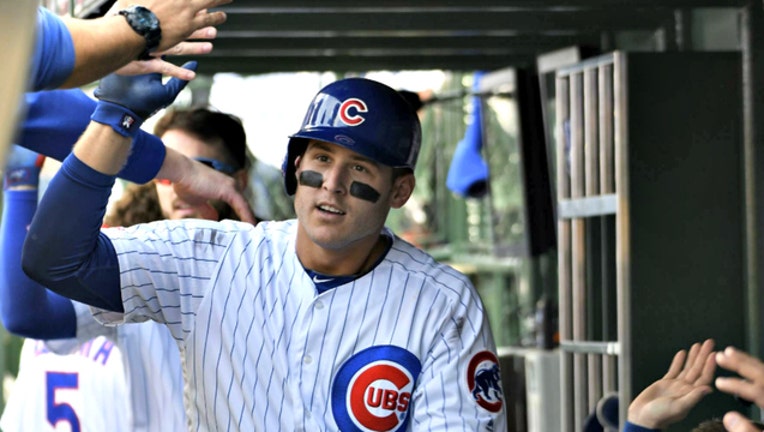 CHICAGO (AP) - Cubs first baseman Anthony Rizzo is out of the starting lineup for their series finale against Milwaukee because of back tightness.

Rizzo's back tightened up on him during Saturday's 15-inning victory over the Brewers. The slugger has a history of back issues.

Manager Joe Maddon says Rizzo might be able to pinch hit. The Cubs are off Monday.

While Rizzo was limited, second baseman Daniel Descalso was in the lineup for the first time since May 4. He had been limited to pinch-hitting duties since he hurt his left ankle running the bases during a victory over St. Louis.